The Latest Trends in Health Food

The term “health food” conjures up different perceptions among us. Many argue that for a food to qualify as being healthy, it must be raw, low calorie, full of fiber, lacking in flavor, and higher in price due to meeting the standards of being organic; culinary translation: greater health properties mean fewer pleasures. There was some grain of truth to these assumptions, but recent travels through the aisles of the Fancy Food Show reveal that those days are disappearing as remarkable taste and health innovations are taking place in the food industry with some companies receiving patents, even as many as ten by RED Chocolate, www.chocolette.com for, among other things, the reduction in chocolate calories.

The Specialty Food Association just held its 64th Summer Fancy Food Show in New York City. This show, founded in 1954, is now the largest marketplace devoted exclusively to specialty foods and beverages in North America. Over 1,100 exhibitors from 54 countries occupied the entire massive Javits Center. Among countries are Italy, Greece, France, Mexico, Argentina, Costa Rica, Columbia, Spain, India and etc. More than 1,300 U.S. food companies displayed products created by food artisans, importers, and entrepreneurs. There were numerous demonstrations, discussions, and awards presented. Attending such as a show is both thrilling and overwhelming. But best of all, you come out of the show feeling optimistic about the world. There were displays of mouth-wateringly delicious new food products, many containing ingredients very little known outside their countries of origin. 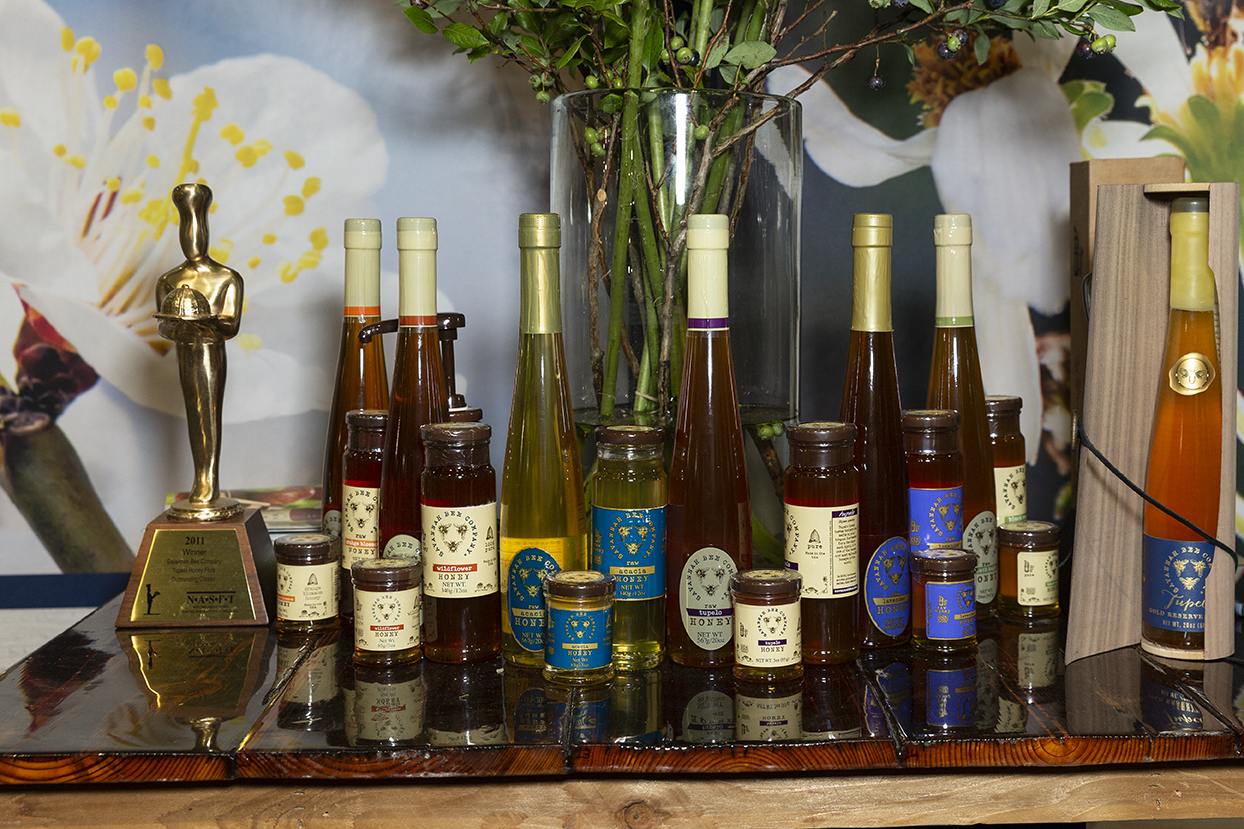 Food was instrumental in forming our first civilizations when we switched 10,000 years ago from being solely hunters/gatherers to a more settled existence with the invention of cultivating plants that could be stored during times of need and sustain a larger population. Back then, pretty much all food could be considered health food, even, or maybe especially those high in calories. Today food acts as a great peacemaker between countries, like when Nixon went to China in 1972 in what became known as the “dining for détente” where he was served Chinese specialties like winter melon soup served in the fruit itself.

But nothing stands still in this world, and food is no exception. Fads come and go. Even what constitutes health food is evolving. Indeed, just trying to define what is health food is surprisingly difficult, and beyond the scope of this article. What we consider health food now may be very different in the future. I am not suggesting that this change will ever be as extreme as the following scene in the Woody Allen 1973 comedy movie, ‘Sleeper,’ which takes place 200 years in the future:

Dr. Melik: This morning for breakfast he requested something called “wheat germ, organic honey and tiger’s milk.”
Dr. Aragon: [chuckling] Oh, yes. Those are the charmed substances that some years ago were thought to contain life-preserving properties.
Dr. Melik: You mean there was no deep fat? No steak or cream pies or… hot fudge?
Dr. Aragon: Those were thought to be unhealthy… precisely the opposite of what we now know to be true.
Dr. Melik: Incredible. 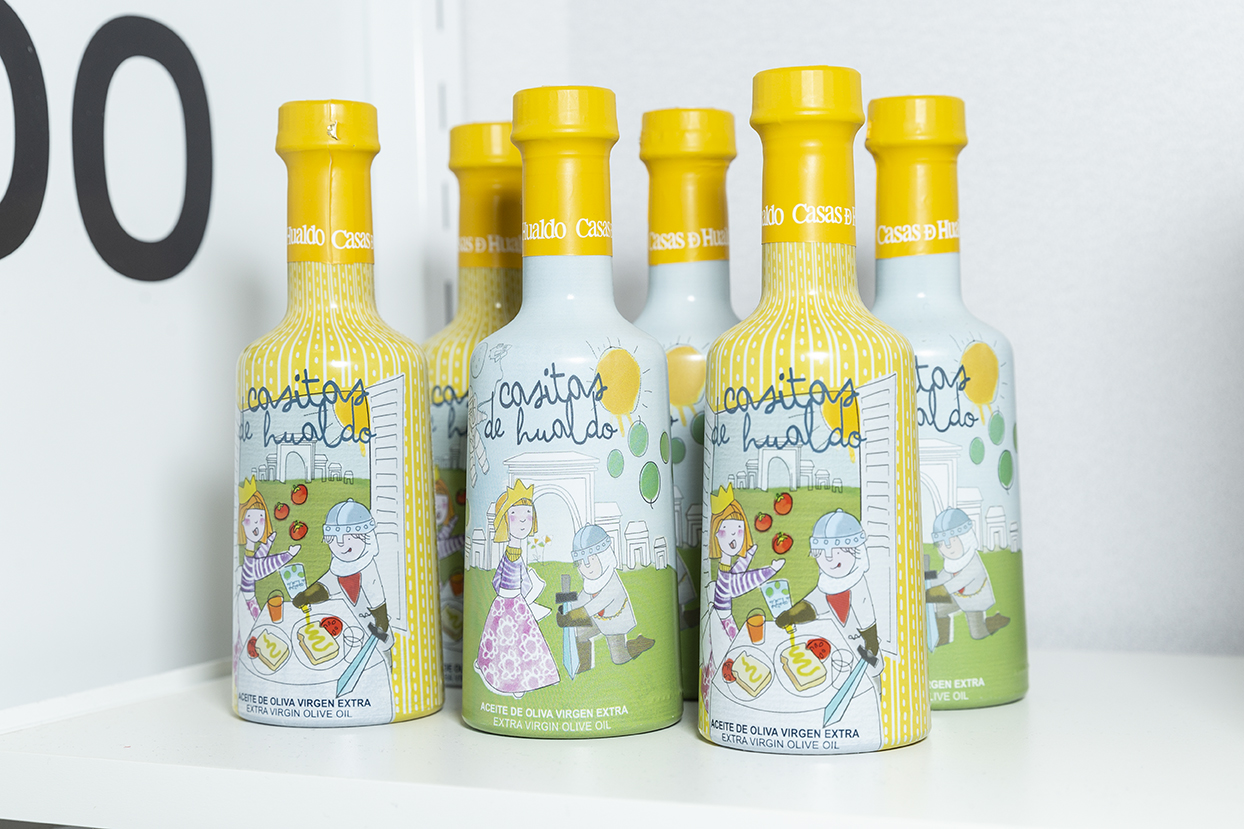 For example, is Jell-o a health food? Some would say yes while others consider it junk food. Why can’t we improve upon the Jell-o of the 1950s by lowering the sugar content and eliminating artificial flavors? This is precisely what is happening in the food industry, so that now we can have both nostalgic and healthy food! Delving deeper into this subject, there is an enormous complex of terms under the health food heading, many of which are poorly defined. There is the term “natural,” which is not only poorly defined, but not generally trusted to be meaningful. Other popular terms bandied about are “clean foods” and “super foods,” also with imprecise and confusing definitions.

Kale has been reigning supreme as a health food for a number of years. But there is already talk about what will become the “next kale.” At the food show, cauliflower seems to be topping that list as the next hot super food. It is a beneficial source of vitamins C, folate, potassium, and magnesium among other nutrients. New uses of it include as a carb substitute to make, for example cauliflower pizza crust. Breeders have come out with new varieties with orange to purple heads. But kale has a trick up its sleeve that may delay its inevitable dethronement. It is called baby kale, which are rich in nutrients while generally more palatable than full-grown kale.

The beverage industry is also going through a major transformation away from traditional, cloyingly sweet sodas towards sparkling juices, waters, and various teas. Many are using ingredients that were largely unknown outside their countries of origin a few years ago like mangosteen, yuzu, calamansi, chia, moringa, Chaga birch fungus, matcha, and chicha morada from purple corn, as well as many kinds of drinking vinegars. Coconut milk is growing in popularity. New technologies are being incorporated to make, for example cold-brew coffee. There were especially lots of offerings by different producers on tea and tea products. ( I will send tea images separately for your consideration).

Not only traditional producers from India, Sri Lanka and China, but from secondary countries which buy leaves and produce different kind of infused tea and tea drinks.

Eating healthily is just one aspect of improving the world through food. We must also eat sustainably, eat together, and even eat glamorously while being practical and staying connected, especially locally. Remember: every time you purchase a food item, it is the equivalent of voting for that item, which includes all the people behind it from the producer to the basic research at our universities and food institutes, to the chef, the marketer, the distributor, the store, the restaurant, etc. One very noticeable positive trend is the increase in woman entrepreneurs reshaping the food landscape in this previously white male-dominated business. One interesting observation about this in the Specialty Food Association newsletter is that woman tend to have a broader perspective and concern for such concepts as regenerative agriculture. The food industry is a lively and active place that, with hyperbole aside, may save the world!

One of the most important part of the show is of course olive oils in many varieties, from many producers, many countries. However, the best oilve oils come from either Italy, Spain or Greece. Olive oils from Spain and Greece produced more on industrial scale and have less varieties than those produced in Italy. Mad4Italy not only produce fine olive oils but long range of different Italian staples. Mad4Italy displayed on the show oils, pasta, chocolate products as well as ready made mix to cook stuff at home. 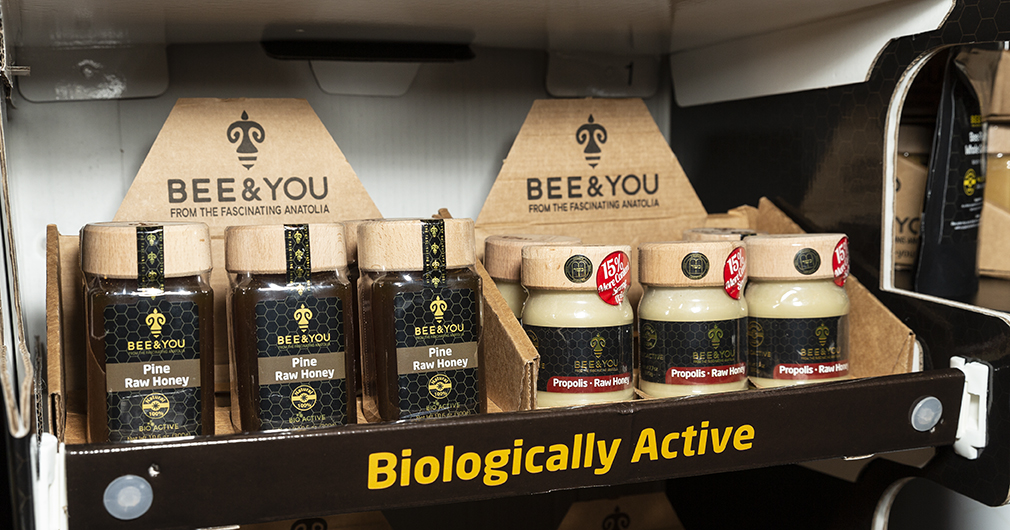 Another staple of healthy food is honey, and there were many varieties from many companies all over the world. Savannah Bee Company from Connecticut has received gold SOFI award for it products. Bee & You from Turkey displayed not only raw honey but lots of different products to use in healing.

Navigating Your First Year as an Entrepreneur