Exactly, “whatever” is the most annoying word in the English language. The word is often used among young people and it shows indifference or people pretending to be indifferent while they truly care and if they use the word often enough you can’t tell if they are honest or not.

How does that word make you feel when you hear it or when you use it? This word is not a particularly beloved one. Actually, for nine years in a row, the word “whatever” has been voted as the most annoying word in the English language.

It’s interesting that from 2017 when compared to 2016, “whatever” became more acceptable. The poll found that 28% of participants who were younger than 45 voted for “whatever” as the most annoying word while it was the number one choice for those of 45 years of age or more. 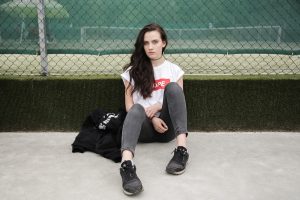 The Most Annoying Word: Whatever!

“It has been more than 20 years since ‘whatever’ first gained infamy in the movie ‘Clueless’. While the word irks older Americans, those who are younger might not find ‘whatever’ to be so annoying.”

What is it about that word that annoys Americans? Since 38% of participants from 1,005 participants in total found that word annoying, it’s worth looking into it. The Oxford Dictionary explains the word is:

“Said as a response indicating a reluctance to discuss something, often implying indifference.”

It’s that indifference that people find annoying. Maybe if you are using this word too often, you should think about the emotions that the word brings to your conscious. Do you find the word “whatever” annoying as well? Are you thinking about using the word “whatever” less?

Here is the list of the most annoying words in the English language in 2017:

Fake news as a phrase was number two in 2017 and you have to admit it is annoying to think that there is something like fake news, usually, those two words don’t go together. If it’s fake then it’s not news, right? Literally! Another annoying word. You know what I mean? Most of these are used as slang words for the younger population such as a phrase from 2016: “I can’t even.”

Or some words are related to politics and President Trump such as “fake news” and “huge” these words gained traction during his presidency.