Home » Style & Creativity » The Most Controversial Oscar Winners Of All Time

This year, the Oscars will go without a host for the second year in a row. Last year, Kevin Hart was chosen, but after a backlash about a tweet, he stepped down. This isn’t the only thing the Academy Awards have faced controversy over. A lack of diversity in the nominations is a common discussion point. But what about the people and films that win? These are the most controversial Oscar winners in history:

Marisa Tomei for My Cousin Vinny

Everyone was shocked when the nominations for the 65th Academy Awards came out and Marisa Tomei was on the list. My Cousin Vinny was almost a year old, separated from the usual pack of Oscar-bait films, and it was a comedy. The Best Supporting Actress category included heavy-hitters like Vanessa Redgrave and Judy Davis, so no one expected Tomei to win. When she did, a rumor that the presenter had read the wrong name persisted, but it turns out Tomei was meant to nab the award. Even years later, she’s still considered one of the most controversial Oscar winners ever.

Starring Morgan Freeman and Jessica Tandy, this 1990 film has not aged well in the minds of many people. At the Academy Awards, it was up against films like Do The Right Thing, another story about race relations but with a radically different tone. Most critics don’t believe Driving Miss Daisy was even that well-made and it’s certainly not had an impact on cinema as a whole. Do The Right Thing director Spike Lee had to endure a similar loss at the 91st Academy Awards. Green Book, another problematic driving-related story, won Best Picture over BlackKkKlansman. 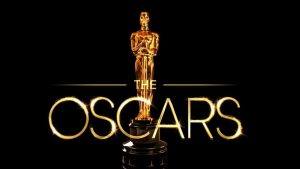 “It’s Hard Out There For A Pimp” from Hustle & Flow is not the usual type of song for the Academy. For the live performance at the 78th Academy Awards ceremony, the group had to edit the lyrics. When they won, Three 6 Mafia didn’t give an acceptance speech. It’s less controversial and more surprising that the song won, given the demographics of the Oscar voters. “It’s Hard Out There For A Pimp” became the second hip-hop song to win the award following “Lose Yourself” by Eminem from 8 Mile.

The real controversy at the 78th Academy Awards was the “Best Picture” winner. Up against much-loved films like Brokeback Mountain, Crash was polarizing. Many reviewers criticized its portrayal of people of color. Interestingly enough, it had not even received a Golden Globe nomination. When it won the Oscar, critics argued that it had been the “safe” choice for voters in comparison to Brokeback Mountain.

Casey Affleck for Manchester by the Sea

Sometimes controversial Oscar winners aren’t controversial because of their performances. It’s about who they are in real life. While Casey Affleck impressed in Manchester by the Sea, he had been accused of sexual harassment. In 2017, Hollywood had picked up the Me Too movement and tensions were high. Best Actor presenter Brie Larson didn’t applaud when Affleck won. Other actors criticized the Academy’s choice, as well. The next year, Affleck broke with tradition and did not present the Best Actress award. This type of controversy provokes hard questions about how society should consume art and if it can be separated from the artist.

Wondering who will win the big awards this year? Here are Gildshire’s predictions.