Home » Our World » The Philadelphia Experiment

Have you ever wondered why scientists haven’t developed an invisibility cloak yet? The military would certainly be interested in one. In fact, according to a popular conspiracy theory, they’ve already tried. Known as Project Rainbow or simply “The Philadelphia Experiment,” the theory alleges that the U.S. Navy made a ship disappear. 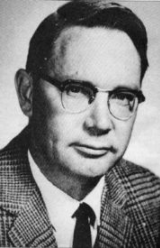 In 1956, UFO enthusiast Morris Jessup received a series of letters from someone calling themselves “Carlos Allende.” Far from being a fan, Allende criticized Jessup’s knowledge about unified field theory. According to the letters, Einstein himself had taught Allende. What is the unified field theory? It’s a mathematical proof that merges everything we know about the universe. It’s also called “the theory of everything,” and Einstein spent the last decades of his life trying to piece it together. He failed, and no one after him has solved it. It may not even be possible. However, Allende wrote that the theory actually does exist, and that something he witnessed proved it.

According to Allende, the U.S. Navy decided to test Einstein’s work with a naval destroyer and its crew. In June of 1943, the military outfitted the U.S.S. Eldridge with various equipment designed to produce huge electronic fields that could, in theory, bend light and radio wave around the ship. This would make her invisible, even on radar. Allende claimed to be a crew member of one of the ships observing the experiment. 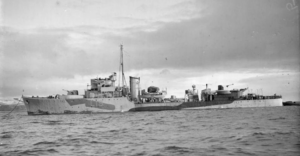 A destroyer similar to the U.S.S. Eldridge

After a few test runs and tweaks, the last test took place on October 28th. This time, it worked. Observers could see the Eldridge, but just barely. However, the ship vanished in a bright flash, cutting the celebration short. After a few seconds, the ship returned, but something was horribly wrong. Some crew members were missing. Others were violently ill, while the rest had actually become fused to the ship. In the seconds she disappeared, the ship had apparently showed up off the coast of Norfolk, Virginia, before returning to her original spot in Philadelphia. Instead of invisibility, the Philadelphia Experiment proved teleportation.

After receiving 50 letters from Allende, Jessup couldn’t find any other reports or people involved in the Philadelphia Experiment. In the years since, more information contradicting Allende’s claims has come out. An electrician on a ship close to the Eldridge that summer of 1943 addressed the conspiracy, saying that the only experiments done involved scrambling a ship’s magnetic signature. Known as “degaussing,” the ship gets wrapped in cables and zapped at high voltages. This makes it “invisible,” but only to magnetic torpedos coming from enemy U-boats.

The best argument against the Philadelphia experiment comes from its own crew members. In 1999, they held a reunion, and told the Philadelphia Inquirer that they actually docked in Brooklyn, not Philadelphia, on October 28th, 1943. As for the Eldridge herself, she went to Greece in 1951, got a new name (the HS Leon), and was sold for scrap in the 1990’s. 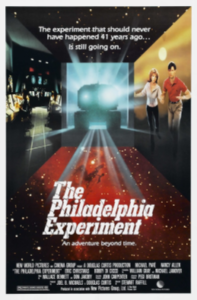 Film about the Philadelphia Experiment and time travel

Despite overwhelming evidence that the Philadelphia Experiment never happened, it’s lived on in our imagination. A movie based on the hoax was released in 1984, and featured two fictional sailors who disappeared along with the ship and ended up teleported to 1984. In the X-files episode “D?d Kalm,” Scully and Mulder discover a ship supposedly experimented on, just like the Eldridge. There’s even more conspiracies lumped onto the Philadelphia Experiment, including Project Phoenix, a military operation that funded studies of black hole simulations, weather control, and more. One of the scientists supposedly conjured a monster that destroyed the base, leading to the military shutting the project down. The Netflix show “Stranger Things” takes inspiration from this legend.

In the film based on the Philadelphia Experiment, two men time travel. Is time travel even possible?