Home » Our World » The Royal Family: Still Relevant in the 21st Century?

The Duke and Duchess of Sussex had a baby! More popularly known around the world as Prince Harry and Meghan Markle, the happy couple welcomed a son into the family early on May 6, 2017. The Empire rejoices upon the arrival of this newest member of the royal family, who weighed in at 7′ 3″ and is resting comfortably at Frogmore Cottage in Windsor.

Less widely reported than the latest from the Royal family, Jesse and Elizabeth Gutierrez of Tacoma, WA welcomed a son into their family, as well. He also weighed in at 7′ 3″, and is resting comfortably at home in Tacoma.

Two blessed events occurred 4,801 miles apart, but outside friends and family few will know about baby Gutierrez, but tabloid journalists will kill each other over a picture of Baby Sussex.

Why are the Royals such a fascination even here across the pond? Wasn’t there a little war to get away from Kings and Queens and such ruckus 243 years ago?

Indeed there was, which begs the question asked her by some and even abroad by a few.

Is the Royal Family still…worth it?

Of course, this is a question that not everyone will take in the rational manner in which it is offered. Ever since Princess Diana revived interest in the Royals by being, well, both pretty great, and pretty gorgeous, the Royals saw their stock raised around the world. Who could help but admire someone holding HIV-positive babies in her arms? Her death literally shocked the world. While interest in the Royal family has abated somewhat over here, it has never completely gone away, even in the Colonies writ large. 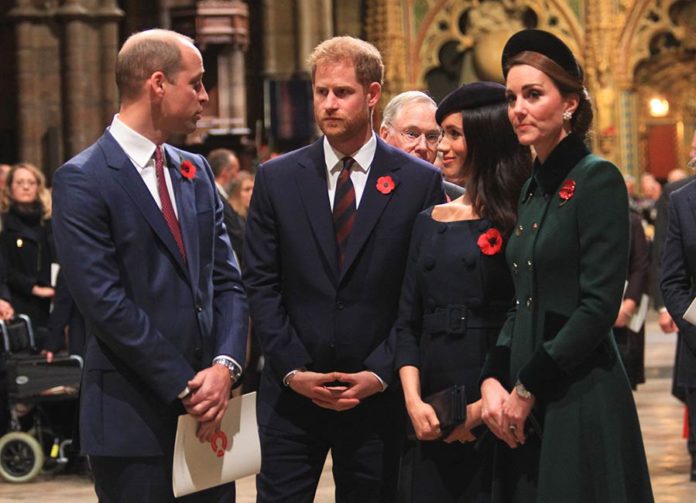 England is of two minds, and the two barely speak to each other. Many liberal types view the extended royal family as tax money eaters. Others, quite frankly, worship them and are today reduced to tears over the birth of the latest in succession to the throne. (He’s eighth, I believe.) Tabloids dedicate whole editions to Kate and her wardrobe selections.

It seems a bit excessive, doesn’t it?

Is this a blessing for Harry himself? On the one hand, his ultimate future is not his own and privacy is something he will only know in small doses. On the other hand, he is guaranteed satchels of money, delivered to the royal bank account, post haste.

But the rest of the world asks, what is the point?

Therein lies the rub. The monarchy is neither politically and governmentally relevant. Queen Elizabeth is a figurehead. But, she is a beloved figurehead to millions who hang their personal identity and national continuity on the history of the monarchy. They sing, “There will always be an England,” “Hail Brittainia,” and “God Save the Queen.”

And is it any of our business? Do we have the right to take that away from them?

On the other hand…

It’s a question without an answer, isn’t it?

The Connection and Relationship Between Philosophy and Science