Home » Style & Creativity » The Soaring Story of The Violin

The violin is one of the most beautiful and engaging instruments ever made. Even after hundreds of years, it’s still hot. Just look at Lindsey Stirling, a dancing violinist who got her start on America’s Got Talent and Youtube, and now sells out stadiums. Ever versatile, the violin can produce both classical, pop, and rock music. It seems strange to think there was once a time when the violin didn’t exist, at least not in the form we know.

The creation of the violin

Stringed instruments played with a bow have been around for a long time. The first record dates back to the 9th century, when a Persian geographer referenced a bowed Byzantine lire. The instrument made its way west through Europe, where it was also called a fiddle. As time went on, two bowed instruments emerged, but one – known as the lira da braccio (viol for the arm) won out in the end. It had a square shape and was held in the arms, while the other had been held between a person’s knees.

We don’t see a more clearly violin-like instrument until the 16th century, specifically in a painting by Gaudenzio Ferrari. Called Madonna of the Orange Tree, the viewer can see a cherub playing an instrument very similar to a violin. Historians aren’t sure where these “violins” were made, but it’s most likely northern Italy, where the most popular stringed instruments were being produced at the time. Between the 16th and 19th century, violins went through a few major changes. They got a much longer fingerboard and it was tilted more. These adjustments allowed the player to hit higher and louder notes.

While Andrea Amati created the modern violin, his techniques were not perfected until nearly a century and a half later, by Antonio Stradivari. Born in Italy in 1644, Stradivari spent his whole life making the most beautiful and sought-after violins of all time. He made over 1,000, and around 650 still exist. He made his first in 1666, but his best were made between 1700 and 1725. He redesigned the sound box and painted them with a deep red varnish. 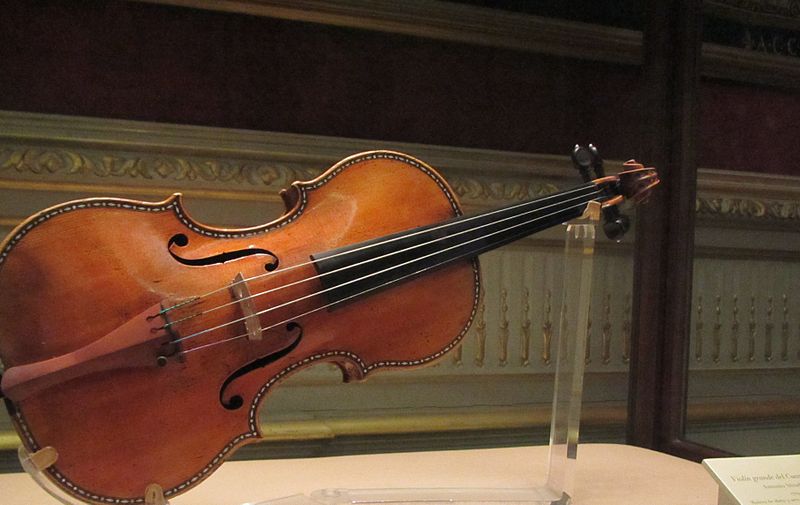 For years, people suspected that the secret to a Stradivarius lay in that varnish. However, after French and German scientists analyzed the lacquer, they revealed that it’s just oil, resin, and multiple red pigments. These ingredients would have been widely-used, so there’s nothing special there. Stradivari was just that good.

However, another study examining the sound of the violin unearthed something interesting. Taiwanese scientists used software that usually analyzes human speech and compared singers’ vowel sounds to 15 antique violinists, including a Stradivarius. They found that its harmonic tones correspond closely to a tenor and contralto. Violins mimic human voices.

The best violin music in the world

Violin music was played and enjoyed by street musicians and the upper classes for centuries. Antonio Vivaldi was a violinist and made his mark on late Baroque styles. “The Four Seasons” is considered one of the best pieces of music for the violin. Other great pieces include Paganini’s “Caprice No. 24” and Brahms’ “Violin Sonata No. 3.”

Today, you’ll even hear violin used a lot in pop and rock music, especially the electric violin. These can have as few as four strings or as many as seven. They often sound like electric guitars and they allow a performer to move around on stage. If you have a young violinist who is feeling discouraged, show them performers like Lindsey Stirling and let them play a wider variety of music. The violin is up to the challenge.

After searching a garbage dump for an old violin, a man discovered it was actually worth $50,000. What other treasures have been found in the trash?

The Little Known History Of The Modern Day Christmas Tree