Drug addiction is a fast-growing problem across the globe. When it comes to deciding on the world’s most addictive substances, the answer depends on who you ask. Research has shown that to judge the potential for a drug to be addictive, one must evaluate the following: the harm it causes, the street value of the drug, the extent to which the drug activates the brain’s dopamine system, how pleasurable people report the drug to be, the degree to which the drug causes withdrawal symptoms, and how easily a person trying the drug will become hooked.

In 2007, British drug expert David Nutt asked a panel of addiction experts to score each drug by how addictive it was. Dr. Eric Bowman, a psychology and neuroscience lecturer, ranked the top five most addictive drugs on the planet.

Synthesized from morphine, heroin is an opioid drug that is one of the most addictive substances on earth. Scoring 2.5 out of a maximum addictive score of 3, it is an extremely dangerous drug. Its lethal dose is only five times greater than those required for a high.

This is the only legal addictive substance in the United States and the United Kingdom. It is the second most addictive substance with a score of 2.2 out of 3. Alcohol abuse can damage the brain and other major vital organs like the heart, pancreas, and liver. According to the World Health Organization (WHO), the harmful use of alcohol led to 3.3 million deaths annually. 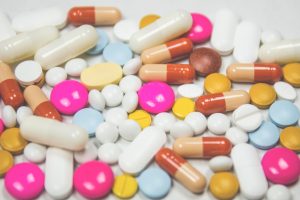 Crack cocaine is ranked by experts as being the third most damaging drug. Powdered cocaine, which causes a milder high is the fifth most damaging. About 21 percent of people who try cocaine will become dependent on it at some stage in their life. Cocaine directly interferes with the brain’s use of dopamine to convey messages from one neuron to another. Estimated that between 14-20m people worldwide use cocaine. In 2009 the cocaine market was worth about $75 billion.

Barbiturates are also known as blue bullets, gorillas, nembies, barbs, and pink ladies. These are a class of drugs that were initially used to treat anxiety and to induce sleep. They interfere with the chemical signaling in the brain, the effect of which is to shut down various brain regions. At low doses, barbiturates cause euphoria. But at higher doses, they can be lethal because they suppress breathing. Barbiturate dependence was common when the drugs were easily available by prescription, but this has declined dramatically as other drugs have replaced them.

Just like alcohol, nicotine is also one of the most commonly-used chemicals since it can be found in cigarettes and tobacco. Nicotine is rapidly absorbed in the lungs and transferred to the brain, which increases the risk of cancer, respiratory diseases and cardiovascular problems. More than two-thirds of Americans who tried smoking reported that they became dependent during their life. WHO estimates that were more than 1 billion smokers in 2002 and the number continues to grow up to date.