We’re surrounded by fabric every day. We wear it on our bodies. It’s easy to take it for granted, but the type of fabric used in shirts, pants, coats, and more can have a positive or negative impact on the environment. Here are four types that scientist and artists alike are working on, and one unusual type of silk that will soon disappear completely, the world’s most unusual fabrics:

At the University of Western Australia, scientists produced a fabric by fermenting certain microbes in alcohol. The bacteria called Acetobacter grows in red wine. The alcohols fermented into fibers that the scientists extracted. At first, the material is not exactly pleasing; it’s slimy and feels like vinegar. But, once it’s dried out, it feels more like cotton. Scientists wove the fibers into clothing, producing a textile that’s biodegradable and cheap to produce. The color of the final product depends on the type of wine used.

A few years ago, Anke Domaske was searching for non-allergenic fabrics for her father, who had cancer. She found a Youtube video about milk fiber, made by straining casein – the protein in milk – through a spinneret (imagine one of those Play-Doh spaghetti toys), and then stretching, heating, and chemically-treating the strands. Mix that with the main binder in acrylic yarn, and you’ve got the fabric. The milk needs to be sour; Domaske’s company Qmilk gets theirs in powdered form They’ve also committed to going the all-natural route since she wanted to remove as many artificial chemicals from the process as possible. Around 2 million tonnes of milk thrown away in Germany alone, reinforces that creating clothes from milk fibers is a great way to recycle. The results are very soft and ideal for underwear and sportswear.

Coconut husks are fibrous and tough, so they’re ideal for clothing, the best-known example trademarked as “Cocana.”  To make fabric, companies take the coconut husk waste from the food industry and reduce it down to charcoal. That’s combined with recycled polyester and spun. It’s breathable, lightweight, long-lasting, and dries out faster than cotton. It also absorbs smell, which makes it great for sportswear. Nau, a clothing company based in Portland, makes an insular jacket using Cocana. 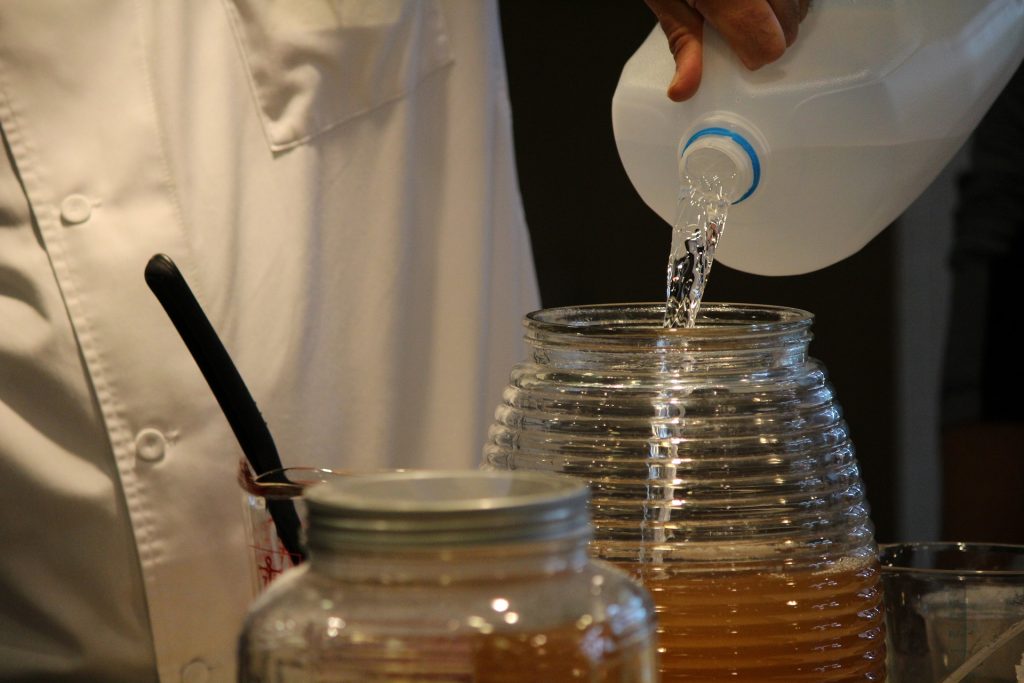 Millennials love to drink kombucha, but would they wear it? Christine Ryan managed to create fabric by fermenting bacteria, yeast, sugar, tea, and apple cider vinegar together. The bacteria eat the sugar, creating nanofibers that float on the surface. After 2-4 weeks of growth at a specific temperature, the fibers harvested, washed, and dried. Ryan has seen fabrics that are very thin and ones that are thick. Ryan, inspired by fashion designer Suzanne Lee, whose Biocouture line is made using a similar process.

What is the world’s rarest fabric? It’s most likely “sea silk,” made using the long filaments secreted by a mollusk called the pen shell. Sea silk produced for many centuries in the Mediterranean region and Asia. It’s unclear when people began producing it, and it almost disappeared completely when the pen shell became endangered. Only one island near Sardinia kept up the art, and now it’s most likely that only one woman named Chiara Vigo holds its secret. Every spring, she dives to gather the fibers, which represent the clam’s saliva solidifying when it hits seawater. The material in hand, Vigo cleans, spins, and weaves. Each thread is three times finer than a human hair. The fibers dyed golden with lemon juice, but Vigo knows many dying recipes by heart. When she dies, her secrets go with her.