Tiger Woods: From Heaven to Hell and Back Again

To see Tiger Woods don the green jacket that The Masters champion receives was to see more than a tournament winner. It was a peek inside a journey of a thousand miles, many of them ridden with potholes. At a major tournament that no one, including Woods at his most honest, expected him to win, the one-time wunderkind of golf prevailed. Tiger looks different than he did when he first came up (don’t you look different than Tiger did when he first came up). Some of that has to do with age, but some of it is the journey. Let’s look back.

We waited a long time for Eldrick (Tiger) Woods to arrive on the scene.

From the time that he was 14 years old, he was to be THE ONE. We waited for him while he won junior title after junior title, go to Stanford and win there, as well. Finally, he arrived and did so in style. He won, and won repeatedly.

Tiger Woods did not endear himself to his fellow professionals. Some of it was jealousy on their part.

Some of it was Tiger’s innocent honesty. He once said after shooting a round of 66 and winning a tournament by five strokes, “I didn’t have my A-Game.”

But, Tiger’s professional peers grew to respect, if not to like him. Golf’s popularity boomed like it never had before. Television ratings and prize money soared! Young people who had decried golf as a boring pastime for old people took to the course. Because Tiger Woods was a phenomenon of epic proportions. He won majors, he won non-majors, he became bored with non-majors and stopped playing some of them. It didn’t matter, because his galleries only grew larger and his fan base more frenzied. Tiger Woods’ set out to break Jack Nicklaus’ record for majors won (18), and it appeared he would do it in a walk. The only thing that could slow him was injuries, and there was that balky back…

Then came that night.

We heard a furtive voicemail, we saw a damaged car, and we learned, little by little, about Tiger Woods’ demons. It turned out that Woods had succumbed to the temptation that so many famous athletes succumb to. 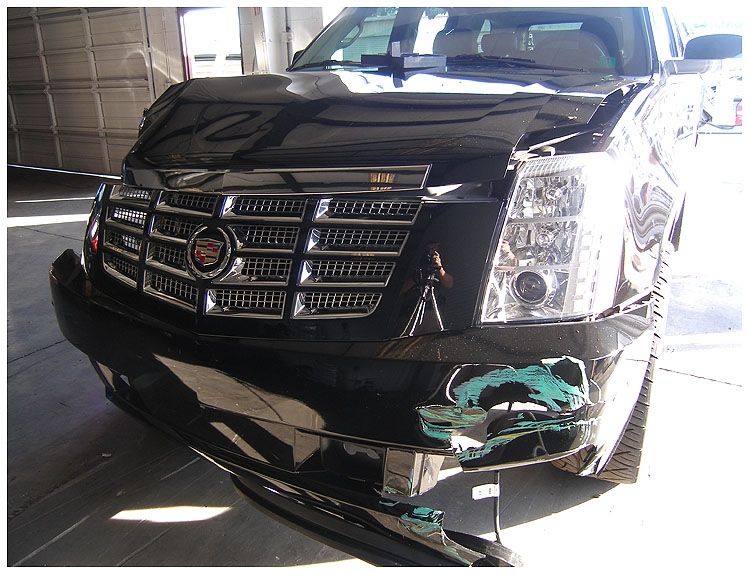 Tiger’s Escalade was damaged, but his reputation took even more of a hit.

We were hardly shocked. Heck, ballplayers have cheated since time began. The fact that Tiger Woods’ wife was supermodel Elin Nordegren made his conduct a tiny bit surprising, but not really.

But, when we found out about the scope of his lusty exploits, we found a level of shock. He was THE serial adulterer poster child.

The bloom fell off the Tiger Woods rose faster than a bump and run putt down a steep hill. His marriage collapsed, his endorsements dried up, and his fan base left him for younger players, almost as talented, and not as soiled.

Tiger Woods was a broken man, both athletically and emotionally. Remember his back? It turns out that it was damaged almost beyond repair, and Woods was in constant and agonizing pain. Woods was addicted to painkillers as well as his other habits and hobbies. For a time it looked like he might never walk properly again, much less swing a club.

What saved Tiger Woods and allowed him to return to championship golf?

It was the same determination that drives elite athletes who must make a comeback or fade away forever. Little by little, counseling and inner speculation, surgery and rehab, one after another, Tiger Woods came back.

He appeared in a few tournaments but was unable to finish them. Occasionally, he couldn’t even start them. The ones he did finish produced scores more reminiscent of Tony the Tiger in a pro-am than Tiger Woods.

“He’s playing again,” we said. “But he will never compete to win again. Nicklaus’ mark is safe.”

Tiger Woods in a green jacket outside Butler Cabin at The Masters would beg to differ. It was a day for the ages among the blooming azaleas of the iconic course. Every Masters is special, but this one was a little more special. It wasn’t easy, but we wouldn’t have loved it as much if it was. It wasn’t perfect, from a golfing standpoint, but the sight of Tiger Woods and his genuine smile was close enough.

Welcome back, sir. The game is better for your participation.

The Science of Sunburns

The Tradition of Easter Baskets and What They Mean Now