Home » Our World » The Cars of Today:The Collector’s Items of Tomorrow

Can I trust you to come back if I ask you to do something for me? I hope so because this is important. Go outside and take a look at the cars in the driveways, on the street, or in the parking lot. Then come back, so we can talk about what you saw.

We’re willing to hazard a guess about what’s outside, and we weren’t even there. You saw a couple of crossovers, an SUV, and a Ford F-150. Are we clairvoyant, for heaven’s sake? Not even a little. Those are the hot commodities on the market. Meanwhile, the cars for sale sit quietly, unbought and unloved, on the dealer’s lot.

This lurch toward mega-people-movers is a result of stubbornly low gas prices and the uniquely American automotive ideal. Our European counterparts want cars that handle and go fast! Asian drivers prefer high-gas mileage and reliability numbers. Americans want to sit above it all in an intimidating fashion. “Get out of my way! Can’t you see I’m in a truck?”

“Interesting facts,” you say. “But what does it all mean?”

What most people see as interesting trivia, Gildshire sees as an opportunity for the future. We compiled a list of vehicles, all rated highly by consumers and regulators alike. These are the cars that would be top-sellers in a balanced market.

No one truly buys a car as an investment. That’s just silliness from car commercials. However, these cars may actually be worth something way down the line. Yes, these 2017 models are the collector’s items of the future. 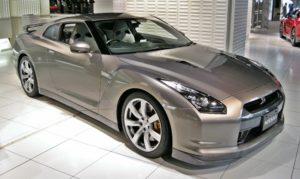 The cars on our list are uniformly stylish. Case in point…

Nissan GT-R: Some of the cars on our list are new cars that never caught on. Not so, in the case of the GT-R. It has been around since 2007. Back then, the car was one of the more “gizmoed” rides you could purchase. That isn’t the case anymore, but Gildshire still loves its all-wheel-drive turbocharged menace. It retails for about $109,000 but should hold its numbers nicely. Nissan sold just 578 units or, in other words, far fewer than should have sold. 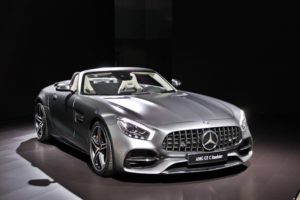 A car that would look good with a secret agent at the wheel.

Mercedes AMG-GT: Those who think of Mercedes as stodgy and expensive sedans don’t know about its racing heritage. There was a time when the cars from Stuttgart dominated endurance racing. Alas, only 1,608 car enthusiasts purchase the AMG-GT last year. In return, they received short-term thrills and long-term return on investment. It retails for $114,000. 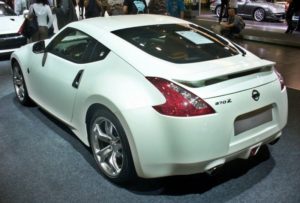 Nissan 370Z: In its hey-day, the “Z car” was a top-seller for Nissan, just as it was making the switch from “Datsun.” Over 40,000 units a year sold on our shores alone, and it was a big hit overseas. The latest in the line fared much poorly. Just 4,614 370Zs rolled out the door. Such a shame, because there are thousands of people who would love a front-engine, rear-drive powerhouse if they could be convinced to look away from that behemoth on the showroom floor. The 370Z retails for a paltry $29,900. In the future, it will sell for much more than that. 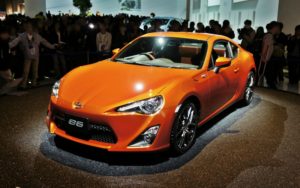 Cool orange at no extra charge

Toyota 86: The 86’s marketing team took an interesting approach to faltering sales for this car. They decided to call it a “limited edition” version. Unfortunately, one of Toyota’s few rear-drive efforts didn’t gain popularity from the scarcity implied from the limited edition tag. Only 6,846 units sold, at an MSRP of $26,255. (Could it be that Toyota doesn’t know “86 it” is a euphemism for “throw it away?”)

Tell me again how Volvos are “stodgy.”

Volvo S90: Sweden’s favorite carmaker is working hard to overcome part of its reputation. For decades, the cars coming from Volvo were as safe as tanks and as reliable as anything that relies on a series of explosions to work. They were also boxy and boring. Not so, in the case of many of Volvo’s recent offerings, most particularly the S90. It is a beautiful and stylish ride. However, just 7,823 car buyers took Volvo up on it. It is a pity that will turn into an investment boon for those who had the foresight to get in on one. It retails for $46,950.

The BMW designers went all out, however the buyers just went out.

BMW 2-Series: What is the matter with us? The two-door coupe and the convertible sell like dogs on the market, yet are the most stylish vehicles on the road. Have we gotten lazy, and forgotten the feel of the wind in our hair and the sounds of the open road? Alas, such appears to be the case. The 2-Series drives like the more-expensive 4-series coupe and has that distinctive Beemer cachet, but just 11,737 were sold. It retails for $33,150 as a coupe and about five grand more as a convertible.

That’s our list for today, however, there are more out there just like these. It takes some forethought and willingness to step outside the box. The result, though, will be an investment for the future. Happy shopping, but tell them Gildshire sent you.

How A Book For Married Couples Scandalized A Nation