This summer is going to look different than any summer we have previously experienced. Many people, including myself, look forward to summer as the time to lay on a beach reading a book that has nothing to do with my job, schooling, or anything other than pure pleasure. While restricted as to where and how we relax this summer, these are the books to read this summer while social distancing.

All Adults Here follows the stories of three grown children and the mom who raised them, with the third generation of children arriving to perpetuate the family cycles—or not. Emma Straub shares a story about the things that follow us into adulthood, whether we like it or not.

Even if not on the beach in real life, Jennifer Weiner’s Big Summer takes place in Cape Cod, giving the reader a beach to mentally escape to. This tale of friendship and forgiveness is set during a disastrous wedding on picturesque Cape Cod.

This tale of family, identity, race, history, and perception tells the story of identical twin sisters Stella and Desiree, who are born in a small Southern community in the 1960s. They run away from home at 16 to carve out new lives for themselves in New Orleans. As they diverge on separate paths, Desiree returns to her hometown with her daughter, while Stella lives a life of secrecy as a black woman passing for a white woman.

Majumdar’s electrifying debut novel follows three characters whose lives become intertwined after a terrorist attack on a train in India. Jivan, a Muslim girl born and raised in the slums, is accused of executing the attack, and her case is aggravated by PT Sir, a gym teacher who aims to rise in right-wing political power. Lovely, an outcast with big dreams, has the ability to save Jivan, if she is willing to make an incredible sacrifice.

You Exist Too Much

Told in vignettes that flash between the U.S. and the Middle East, Arafat’s debut novel traces her protagonist’s journey from blushing teen to well-known DJ and aspiring writer. When she moves in with her first serious girlfriend, she finds that her suppressed desires from her teenage years explode out into reckless romantic encounters and obsessions with other people. She is brought to The Ledge, an unconventional treatment center diagnosing her with “love addiction.” In this strange center, she will start to consider the unsettling similarities between her past traumas and those of the places that have formed her. 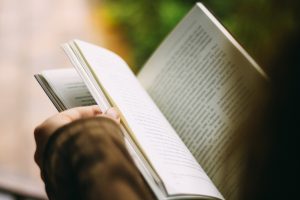 Books to Read this Summer while Social Distancing

Sager spins a tale of a mysterious Victorian mansion that chases the Holt Family out with supernatural powers. Her father wrote a book about the house that brought infamy to the family and the town. When the child of the family moves back to renovate the house 25 years later after her father’s death, trouble ensues.

Weaving a tale of five different women with lives connected to one man and his deadly obsession, Pochoda creates a kaleidoscope of loss, power, and hope. These women’s lives are steeped in danger and anguish and put to the test when their lives start to crumble when two murders occur in their neighborhood.

The Only Good Indians

Following the story of four American Indian men who all experienced a disturbing event in their youth, Graham Jones seamlessly blends classic horror with sharp social commentary. These men are tracked by an entity bent on revenge and are engaged in a terrifying struggle for their lives.

The Book of Rosy: A Mother’s Story of Separation at the Border

Written by two remarkable mothers, a Central American woman whose children were taken from her and the American who helped reunite the family, The Book of Rosy shares the struggle one family faced due to the immigration crisis.

As an expansion of the 2016 essay Danler wrote for Vogue about her father’s drug addiction, she recounts her tumultuous childhood with parents who were addicts, and the lasting impact it has her adult life. Danler captures both the tragedy of inherited trauma and the incredible ability to become something greater than our own wrongdoings and misfortunes.

The Dragons, The Giant, The Women

Growing up in Liberia, Moore’s family was forced to flee due to an outbreak of war. Thanks to a rebel soldier who smuggled them to Sierra Leone, the family could begin their journey to America. After settling in Texas, Moore reflected on the homes she has already lost and how to find them again.