Find yourself forgetting what you went to get in the kitchen once you’re in there? This is a common phenomenon for many middle-aged adults, and it’s said that it actually begins before the age of 30 for some individuals. While this can be disheartening, take solace in the fact that it’s not totally hopeless. You can take some measures to improve your memory with only a few extra minutes each day – by using your mobile device and some apps that you can download onto it for this very purpose.

You can play both cognitive and scientific games using this unique app that was developed by neuroscientists. It works to stimulate different parts of the brain. Over 60 million people have used this game, challenging themselves by solving daily puzzles. You can download it for free on either Android or Apple’s iOS platform.

This app adapts games to match your skill level and keep you challenged without becoming too difficult to make you feel overwhelmed. There are over 60 exercises in the form of games to help you with the areas of perception, memory, and reasoning. Android and iOS users can get NeuroNation for free. 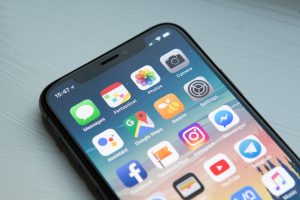 This one has you work to listen to and distinguish various sounds. At the same time, a photo develops at the bottom of some type of scenic location. It is a game that is highly focused and slow, but that’s what is so great about it. You will feel as though you are doing strength training for sure. It offers a wonderful chart to see how you are advancing, as well.

There are 28 exercises in the form of computer games, which can help you with attention, language, logic, memory, and visual and spatial skills. It is recommended that you play this for about 20 minutes in a sitting and three times a week. The developers say that the cross training that is a large part of this game helps someone to build and maintain his or her critical thinking. A study was done by the Centers for Disease Control and Prevention in Iowa with ten individuals who each displayed a significant improvement in their cognitive skills when they had been playing the game for six months, three times a week.