The final few days of the MLB offseason is here as pitchers and catchers start to make their way to Florida and Arizona. For most of the 30 MLB clubs, the path to the 2018 MLB Season begins this week, but for some of the top MLB Free Agents around the game, the big question is when will they see their names on the headlines after signing brand new deals.

One name at the top of the list is power hitting outfielder J.D. Martinez who still sits on the free agent block despite a solid 2017 MLB campaign. Martinez who split time in both the American and National League finished the season hitting .303 with 45 home runs and 104 runs batted in despite playing in just 119 games. While he has been rumored to head to Boston, no deal has been made between him, his agent and the Red Sox.

Now Martinez, isn’t the only top free agent left that in years past would have landed big time free agent deals by now. Here is a look at the MLB Free Agent team that could be assembled by any team for the 2018 MLB Season. 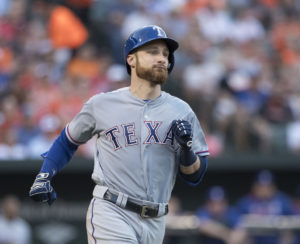 The veteran catcher is coming off a solid performance during the 2017 MLB Season hitting .265 with six home runs and 40 runs batted in. While he isn’t the player he once was, he should see a bounce back season in 2018.

Here is a name that is hard to believe is still on the free agent market after leading the Kansas City Royals with a .318 batting average. Along with the average, Hosmer added 25 home runs, 94 runs batted in while playing an above average first base. Add to that Hosmer will turn 29 after the 2018 MLB season.

Walker would be an excellent addition to any club in 2018 adding both a solid bat and glove while also adding a veteran leadership. Walker who nearly made a post season trip with the Milwaukee Brewers last season hit 14 home runs and drove in 49 runs. Those types of numbers are what most teams would love to see out of their second baseman.

Outside of Martinez and his former teammate Hosmer, Moustakas is the biggest name that has yet to sign a new deal this offseason. While he saw his batting average fall to .272, the talented defensive third baseman turned in 38 home runs and 85 runs batted in while playing in one of the more difficult ball parks to hit in Major League Baseball. 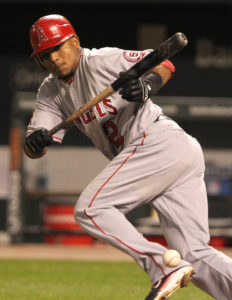 The aging veteran would be a nice versatile option off the bench for a club while finding time at both short stop and second base. While you won’t get a ton of pop out of the 34 year old, he would bring some speed (11 stolen bases in 2017), solid glove and someone who can get on base (.300 OBP in 2017 – .313 Career OBP).

Carlos has seen his numbers fall last season hitting just 14 home runs over 470 at bats while driving in just 57 runs. At this point a big time deal is not on the horizon but Gonzalez would be a nice addition to any team to provide a left handed bat and a player who could play either corner outfield spot.

It’s all about the free agent class of 2019 and his agent causing Martinez to not land a big deal now. With a current contract offer of up to $125 million on the table, Martinez will be a sure lock to help any club around the game in 2018. While you could see him in the outfield, an American League club could also look to provide him some rest while allowing him to be their designated hitter at times. 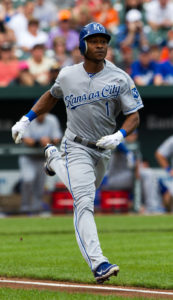 Looking to fill out a lineup with a little speed, Dyson could be that man both in the center field as well as on the bath paths. The former Royals and Seattle Mariners outfielder has picked up at least 26 stolen bases in six consecutive seasons while also adding his ability to get on base and another option from the left side of the plate.

Reynolds might not be a gold glove caliber first baseman but he can sure still hit the baseball a distance and that showed up last season. The former Colorado Rockies first baseman mashed 30 home runs last season while driving in 97 runs. While he may not be the option for the Rockies since they don’t have the DH slot, any American League club could benefit from him in the middle to bottom of the order.

While our lineup will carry the team while producing a ton of runs, our starting pitcher might be more solid than any rotation in all of baseball. Arrieta is coming off a down season but still finished with 14 wins while posting a solid 3.53 earned run average. Behind Arrieta, sits a group of four solid starters who could all deliver solid performances while pitching against other clubs’ number twos, threes, fours and fives. Cobb notched 12 wins on a bad Tampa Bay Rays club while yielding a 3.66 earned run average in a power hitting AL East division. Lynn posted a 11-8 campaign to go with a 3.43 earned run average while Vargas picked up 18 wins for the Royals. Rounding out the five is Cashner who might not be the stud many projected a few seasons ago but still posted a solid 3.40 earned run average while pitching in a hitter friendly ball park in Arlington.

Looking at this group of free agents, it’s hard to imagine just one of them being left on the market come spring training but all 14 of them not being signed? These next few weeks should be interesting as we all sit back to see where these players will land.