Home » Our World » Toxic Masculinity May Lead to Environmental Damage

“Toxic masculinity.” The term brings forth visions of bad and/or thoughtless men creating an unpleasant world for women. Toxic Masculinity is the new buzzy expression, taking the blame for many of the wrongs in society today. But, climate change? Are we going there when we assign blame to toxic masculinity? Apparently, some folks believe that to be the case. Gildshire wanted to know more about the reasoning behind the charge.

What kind of survey are we talking about here? Who was surveyed and where do they live?

First of all, this was not a small survey. The report data from six experiments included over 2,000 participants from China and the United States.

A person emerges from a supermarket carrying an eco-friendly reusable bag in place of a landfill-clogging plastic bag. Which gender is it? According to six out of seven studies released just this month, our unconscious bias says the green-conscious Kroger shopper is female.

The survey found that women and men alike associate doing something that benefits the environment as “more feminine than masculine.” When gender-threatened men try (per the survey) to reassert their vulnerable sense of masculinity with choices that could bring harm to the environment. 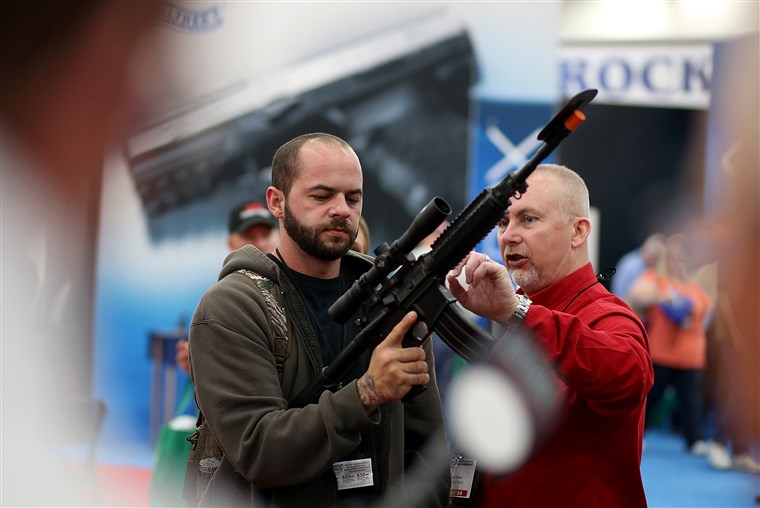 Not to mention harm to others.

The report asserts that “men may be motivated to avoid or even oppose green behaviors to safeguard their gender identity.” This behavior unearths a deeply held unconscious “Green-Feminine Stereotype.”

Is there an environmental upside to knowing this information?

Bias can cease, helping society repair our precarious relationship with the environment. If the bias remains hidden, the potential to permanently damage our environment is imminent.

One experiment applied the “Green-Feminine” stereotype” to brand and product selection. Unwitting male participants received one of two gift cards from retail giant Walmart. One card used pink and floral (traditionally feminine) design elements, likely to threaten masculine stereotypes. The other gift card was a generic design, unthreatening to masculinity. The men were not given a choice of gift cards, but rather the gift cards were given out randomly.

The gift card recipients were asked to choose between green and non-green products on which to use their gift cards. Men who received the “gender threat” gift cards chose more non-green products than men shown the other gift card. In other words, when men felt even vaguely emasculated, they safeguarded their gender identity with choices that would ultimately bring harm to the environment.

How did that one turn out?

By a significant margin, the men evaluated the masculine-sounding protection option more positively.

This is interesting, but what can we take from it?

These kinds of results are making the decision-makers in industry ad rooms ask the hard questions. They are also catching the attention of environmentalists. Do brands have to pander to unconscious bias? Must we affirm masculinity to move the needle on environmental impact?

Some brands will take that as their message, but experts do not believe that is the pathway to environmental recovery. The better answer is to expose the toxic bias that green behavior is feminine and weak. We need to teach boys that caring for the planet is akin to fatherhood because future generations rely on this generation’s care for the environment. Remember, though, that women also saw green behavior as feminine. So, perhaps girls need to be taught the same lessons. That’s when things will start to change.

Oh, it might help to come up with a term other than, “Mother Earth.”

Unique Food Festivals Around The World

The Benefits of Learning How to Code for Everyone