Trauma, Genes, and You

In 2015, a report was released that examined the genes of Holocaust survivors and children of Holocaust survivors born after the war. What they discovered supported the idea that trauma changes a person’s genes, and that those changes can be passed on. This phenomenon is called “epigenetic inheritance.” Can our experience “scar” our DNA, and affect the generations after us? 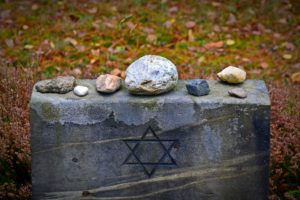 That’s what team leader Rachel Yehuda believes. An expert in PTSD and traumatic stress, she examined the genes of 32 Jewish men and women and their 22 children. We already know that children of Holocaust survivors are more likely to suffer from depression, anxiety, and PTSD. However, there hasn’t been a genetic explanation. What changes in a person’s DNA isn’t the actual structure itself, but rather genes that can cause anxiety, depression, etc are switched on or off. These “marks” are fluid and react to a person’s experiences. What Yehuda’s report showed was that children of Holocaust survivors are more likely to inherit these “”switched-on” marks.

A lot of hype surrounded Dr. Yehuda’s study, but other experts found several flaws. First of all, her study size is very small. Major conclusions can’t be drawn from tiny sample sizes. The other problem is that in order to really prove epigenetic inheritance, scientists have to study great-grandchildren of Holocaust survivors, as well. This because when a woman is pregnant, she already has all the DNA that will go into her grandchildren. Those genes will be affected by experiences she has during her pregnancy, so to see if trauma is truly being genetically inherited (and not just caused directly by events), you have to look at multiple generations.

Perhaps the most significant problem with the study, however, was that the researchers didn’t consider social factors. Holocaust survivors will raise their children differently than parents who didn’t experience trauma. They will tell stories that will affect their kids.

The idea that trauma is passed on through any means (not just genetics) is known as transgenerational trauma. Studies show that slavery, domestic violence, sexual abuse, and even extreme poverty are all sources of anxiety, depression, and PTSD markers that can be continued through the next generation. The question of how much is based in genetics and how much is a result of social factors is unknown. However, there are lots of studies with mice that shed some light on the issue. 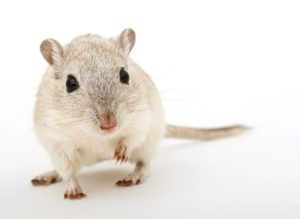 When mice experienced trauma in a study, they behaved differently. They were not as frightened of open spaces or light, and acted depressed. Even factors like their metabolism changed. These changes were present in the next two generations, even when those mice were not been traumatized directly. Another interesting test involved fear conditioning, where mice were exposed to a strong smell they usually find pleasant, and then given an mild electric shock on their feet. The mice quickly learned to fear the smell. The next two generations shared the same fear, even though they had never been shocked.

Why does any of this matter?

If scientists can prove that trauma is genetically-inherited and makes it more likely for a person to suffer anxiety, depression, PTSD, and so on, they are better equipped to find treatments. Could a person’s DNA could be coded differently, so those markers are switched “off?” Maybe. If anything, learning more about epigenetics can help people understand why they have certain fears and tendencies. We are not really born with “clean slates.” Perhaps the experiences of our parents are written inside us.

Could a love of coffee be genetic? Learn more here.

The Captivating World of Carving Pumpkins

Finding The Magic In Matcha