Traveling to Macao: What To Do And See

With a blend of Chinese, Portuguese, and Western cultures, Macao is one of the most unique cities in the world. In the mid-16th century, the Portuguese arrived and the city off China began to reflect the tastes of the new arrivals. Today, the area is like Hong Kong, in that its a Special Administrative Region of the Republic’s Republic of China. The official languages are Cantonese and Portuguese, including a Macao-specific dialect of Portuguese. If you want a truly one-of-a-kind experience, traveling to Macao should be on your list.

What should you do?

If you’re lucky enough to find yourself in Macao, what should you do and see? Here are the top five activities:

Designated as a UNESCO World Heritage Site, the Historic Centre is comprised of 30 buildings with architecture blending Chinese and Portuguese cultures. There are temples, mansions, and more, including the Ruins of St. Paul’s. This 17th-century building originally held St. Paul’s College and Church of St. Paul (Mater Dei), a church dedicated to St. Paul the Apostle. Much of it was destroyed in a fire in the 19th century, but you can see intricate carvings on the southern stone facade. This facade was created by Japanese Christians in exile and local craftsmen. You can see unique images blending Jesuit and East Asian themes. Look for the Virgin Mary stepping on a hydra with seven heads and a dove, which is carved at the very top.

Take a step back in time on Taipa Island

To get look back at an older Macao, go to Taipa Island, which is connected to downtown by bridges. There, you can see Chinese shops and explore Rua do Cunha, which is called “Food Street,” in Taipa Village. This relatively-quiet, traditional village has resisted the larger-scale development projects. Traveling to Macao’s Taipa Village gives tourists a look into the past. While you’re there, check out Quarter Square, a three-level boutique, gallery, and coffee bar. If you love landmarks, don’t miss the Four Face Buddha Shrine and Pou Tai Temple, too, while you’re there for a glimpse at the city’s history of Buddhism. If you love hiking, you’ll also find hilly trails.

One of Macao’s most popular destinations, be sure to see the Macao Giant Panda Pavilion if you’re an animal lover. It’s at the Macao Zoo on Coloane Island, so you can see other animals like monkeys, gorillas, flamingos. The Pavilion is home to both giant pandas and red pandas. The zoo is very quiet and reviews say the animals seem very well-cared for. Admission is free. If you have mixed feelings about zoos, Coloane Island has other attractions, such as walking trails and beaches. 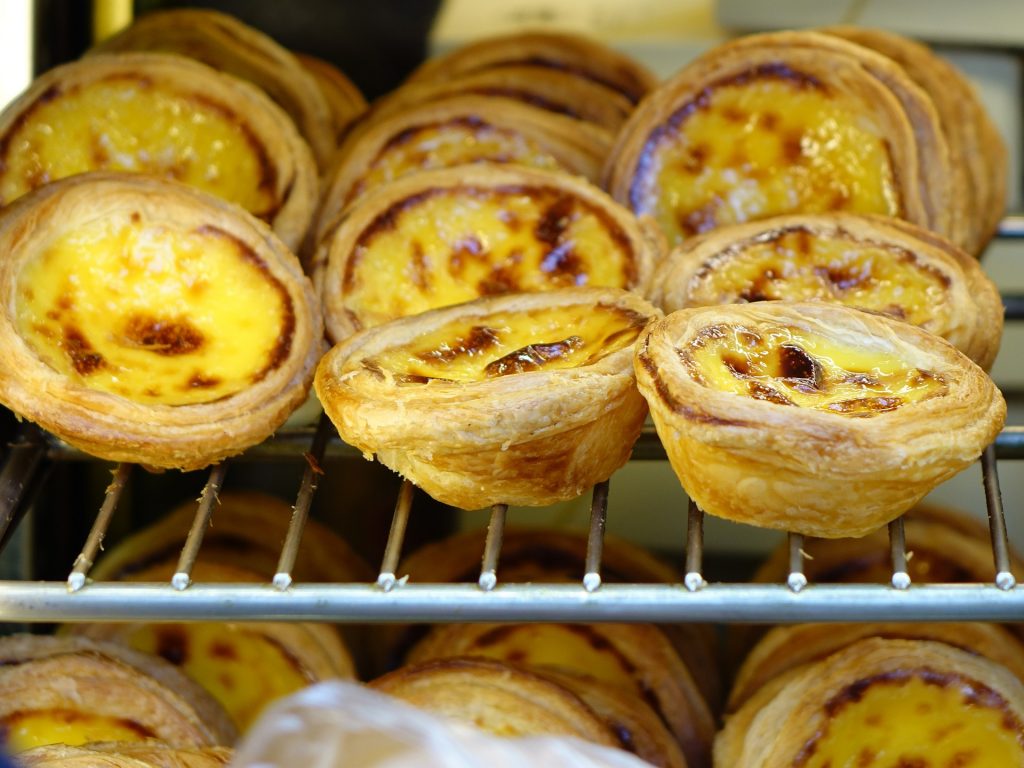 When traveling to Macao, you’ll be especially impressed by the food. Local dishes are a blend of Portuguese, Chinese, and even South American, African, and Indian food. Some of their specialties include an African-style chicken with coconut and spices, and chili shrimp. Be sure to try street food like pork chop buns, Chinese-style beef jerky, and Portuguese egg tarts, which are cheap and easy to find.

Hit up the casinos and hotels

If you love the night life, Macao is bursting with casinos. Even if you don’t gamble, go take a look, as they are gorgeous feats of architecture and often also home to great shopping. The Venetian Hotel and Casino has a shopping mall that transports you to Venice; there’s even a real canal with gondola rides. The shows are also famous, and help Macao live up to its status as the Vegas of Asia. There’s light shows, water shows, pyrotechnics, and more.

To get to Macao, first you have to hop on an airplane. Here’s how to deal with the most common problems with flying.

Is 2023 the end of the Chevrolet Camaro?