“If the automobile were to be invented today, it would be electric.” Those aren’t Gildshire’s words. They came from the actor, and Tesla driver, Brad Pitt.  Mr. Pitt speaks the truth, though his known expertise lies elsewhere. The gas engine is dirty and inefficient. Electricity is clean, cheap, and plentiful. Gas and oil are dirty, finite, and subject to enormous political upheaval. That’s why some folks reacted strongly this week. The Trump Administration announced the end to electric car subsidies designed to help E.Vs succeed. 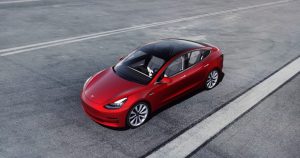 White House economic adviser Larry Kudlow said that the Administration will end electric car subsidies. “As a matter of our policy, we want to end all of those subsidies,” Kudlow said. “And by the way, other subsidies that were imposed during the Obama administration, we are ending, whether it’s for renewables and so forth.”

Asked about the Trump Administration’s timeline, Kudlow said: “It’s just going to end. I don’t know whether it will end in 2020 or 2021.”

Electric car subsidies are a hot topic of debate among lawmakers. U.S. President Donald Trump tweeted his intention to end General Motors’ subsidies shortly after the company’s CEO announced plans to cease production at some factories in the United States. 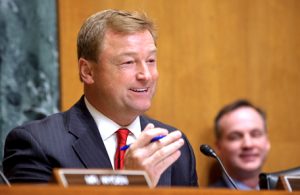 However, Senator Dean Heller (R-Nev,) proposed legislation earlier this fall that would entirely eliminate the cap on EVs eligible for the tax credit. Tesla, Nissan, and General Motors have asked Congress to lift that cap on EV tax credits.

Democrats gain control of the House of Representatives next month and will not agree to end electric car subsidies. In fact, several Democratic lawmakers intend to push hard for additional incentives.

GM and Tesla joined forces to lobby Congress to raise the cap for electric vehicle subsidies, but face daunting odds to see changes before the expiration of the current Congress.

This is a subject that will be a debate for a long time to come, so Gildshire intends to follow the story wherever it leads us.