“We never had anything like that when I was a kid? Hard work! That’s what kids nowadays need. They have too much time to sit around and feel sorry for themselves. Spoiled is what they are! Seriously, that’s what is wrong with this generation! They don’t have anything to gripe about, so they make up things to have wrong with them so they can get away with murder! Straighten up and fly right, Bud! Attention Deficit Hyperactive Disorder, indeed. I’ll give you a disorder. The world doesn’t owe you a thing, Missy May.”

Wowzers, there is a lot wrapped up in that paragraph. But, haven’t you heard it, or some of it, or a variation of it, before? There is a lot of information available about what we have come to call Attention Deficit Hyperactive Disorder (or ADHD). Of course, there is a lot of misinformation about ADHD out there, as well. So, let’s unpack a little of it and see if we can make clear what is currently cloudy.

“First, is it really a thing? Or, does the cranky guy in the first paragraph have a point?”

Boy, he was a crabby one, wasn’t he? While he may have had a half-point about 1/3 of the time, ADHD is a real thing. According to the best current evidence, 13.9% of children aged 5-13 are diagnosed with ADHD. Of that number, about nine percent carry it into adulthood.

No one knows if it goes away completely, or not. Or if about four percent of afflicted children develop such refined coping skills that the effects of their ADHD are masked. These adults function as those without the disorder, perhaps even unaware themselves that they are coping.

“They say that ADHD makes it impossible to concentrate, and yet sometimes you can’t shake them loose if they are doing something.”

You’re right. Generally, they have a few favored activities in which they have no problem focusing, sustaining the effort, and utilizing working memory. The activities that “click” may be playing music, repairing things, or interacting with video games. Actually, video games are a big one. Put them in front of their favorite video game and poof, the weekend is gone. But they do have difficulties honing in on almost everything else.

“That’s why they are sometimes characterized as unfocused or lazy?”

They’re a long way from lazy if the subject is in their mind’s wheelhouse. You’ll fall asleep long before they will.

“So, it is their brains that are different?”

Yes, studies show that measurable differences exist in the brain development and processes of people with ADHD versus others of the same age. To be sure, most of their brains are very similar to their peers. But, certain areas of the brain that are vitally important for the brain’s management system are delayed in maturation by 3-4 years, or they don’t mature at all.

“I’ve heard the term ‘chemical imbalance.’ Is that what’s going on here?”

Not exactly. A chemical imbalance indicates there is too much of one thing or too little of something else. Like cooking something that doesn’t taste quite right. With ADHD, the triggers that regulate orderly thought processes fire too quickly or not quickly enough. Sometimes, they don’t fire at all. Think of it like the fuel injection system in your car. The fuel mixture (the chemical balance) is great, but the injectors don’t always fire in the proper sequence.

There are. Some like Dexedrine, Adderral, and Focalin, are effective about 2/3 of the time. But, and this is huge, the dosage must be carefully regulated. Remember, that no two afflicted people are alike, so a “one-size-fits-all” treatment program is, by definition, a faulty one. A dosage that is perfect for one person will leave another person dragging their heels and unable to complete simple tasks. Treatment is more of an art than a science.

“Is There Evidence That Herbal or Non-Medical Treatments Are Effective?”

We need a great deal more in the way of studies and statistics. There are those who say that herbs such as ginseng and a healthy diet and lifestyle are helpful, but the only evidence we have for the herbs is anecdotal. Obviously, a diet rich in fruits, vegetables, and whole grains, along with exercise in the fresh air, is good for everyone, ADHD or not.

Counseling can help anyone and everyone, because some of the best counseling is a dedicated ear to hear and understand. Folks with ADHD can be suspicious and defensive, afraid they are being called stupid or, as I mentioned earlier, lazy. A counselor that can help them feel validated and valuable, and that can be a great help.

Historians believe that some of the greatest inventors, artists, and businesspersons in the history of the world had ADHD. These include Galileo, Albert Einstein, Charles Schwab, and Walt Disney. Sports stars such as Michael Phelps and Simone Biles have come forward and talked about how the discipline required by their sports helped them to overcome the challenges. 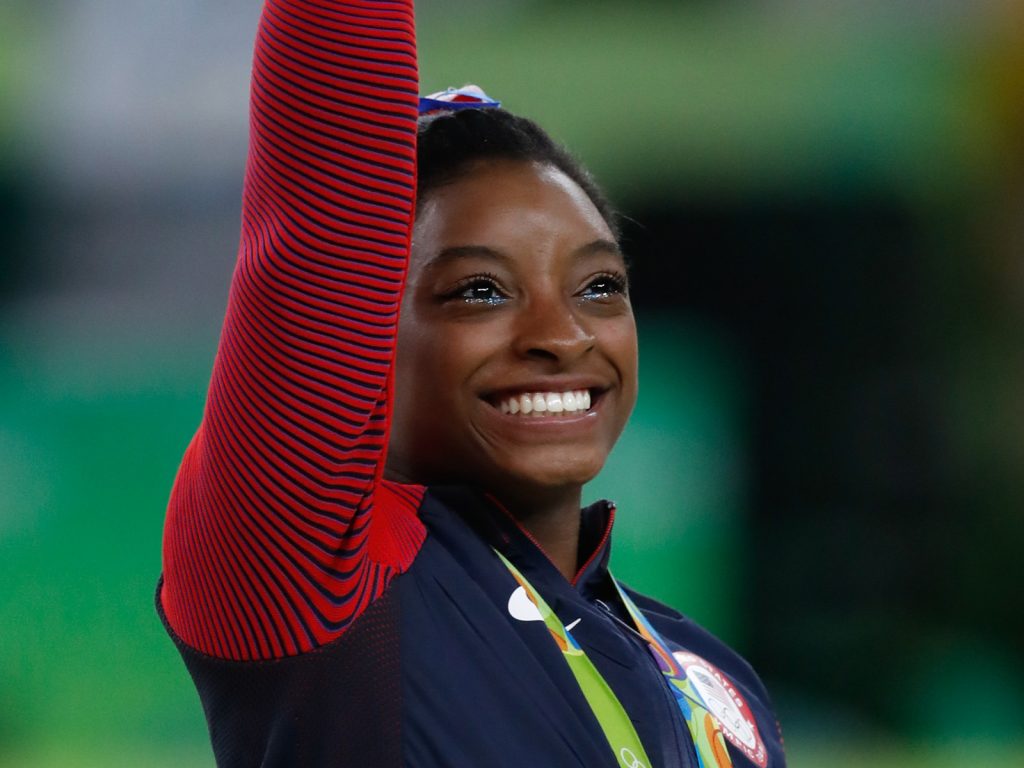 Simone Biles is the greatest gymnast of all time. She has Attention Deficit Hyperactive Disorder.

Chances are, everyone who reads this has more than one friend who has been diagnosed with ADHD. Chances also are, that this person is one of the most dynamic people in your acquaintance. True in Gildshire’s case. That’s why it is important to understand all we can about Attention Deficit Hyperactive Disorder.

What is the Best Gift You Can Give to Your Child?

How to Break a Bad Habit?