Your friends at Gildshire Sports are about to blow your mind. Are you ready? The U.S. Open Qualifying Tournament…

(Let’s make sure that we are straight in our terms, because we’re talking about the tournament to get into the U.S. Open, and not the Open itself.)

…is the fifth largest tournament in the U.S., offering up $3 million in total prize money.

With that kind of prize money and the prestige that goes with it, there is little wonder why the qualifying tournament, held during what the United States Tennis Association calls “fan week,” has some stories to tell. Where there are stories told in the tri-state area, Gildshire’s Lev Radin is on hand with photographic excellence. Here are just a few snippets of the action during Qualifying Week. 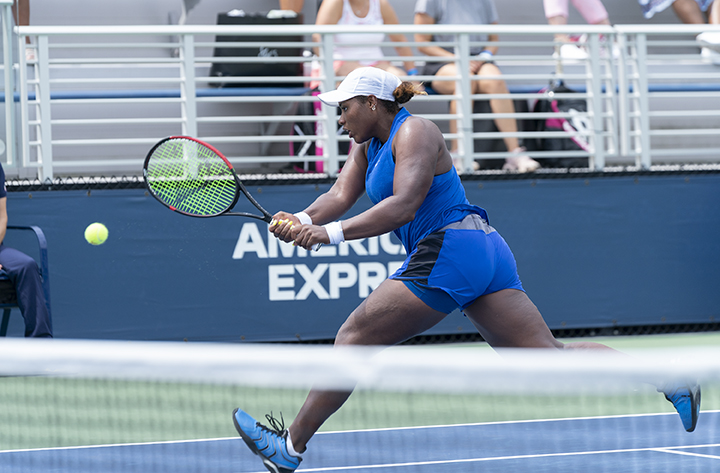 Perseverance will be served.

This Tuesday, ten years after making the semifinal round of the 2009 US Open as a teenager, Belgian Yanina Wickmayer rallied from twin 4-1 deficits to beat Bulgaria’s Elitsa Kostova, 7-5, 6-4.

“I definitely have good memories every time I come back here,” Ms. Wickmayer said. “It’s been exactly 10 years. It’s quite a special tournament for me, and it will always be a special place for me.”

Youth will be served.

By all normal standards of age and maturity, Jannik Sinner is a baby. He’s the youngest player in the Association of Tennis Professionals Top 350, and the youngest competitor participating in Qualifying Week. Tuesday, at the age of 18 years, 4 days, he took out countryman Matteo Viola, 6-1, 6-0. It took Sinner just 41 minutes to tune up Viola.

Typically, Sinner was not totally satisfied with his effort. “The first match is never easy,” he said, apparently regretting that Viola got on the board at all. Sinner went on to explain himself more fully.

“I’m very happy, but our goal is not to be in the Top 150, but trying to keep pushing and working hard every day, and then we will see what I can do.”

Young Americans will be served…even if just barely.

Jensen Brooksby was one of two Americans to advance on Wednesday. Brooksby’s latest victory came via a grueling 7-6, 7-6 decision over Yuichi Sugita.

It was only fitting that Wednesday’s match was tight because getting to Qualifying Week was an uphill fight for Brooksby. Playing what he calls, “the best tennis of my career,” Brooksby dropped just one set in ten combined matches at two ITF World Tennis Tour M25 events in Illinois. Those two victories propelled him to this, the threshold of one of tennis’ biggest dances. 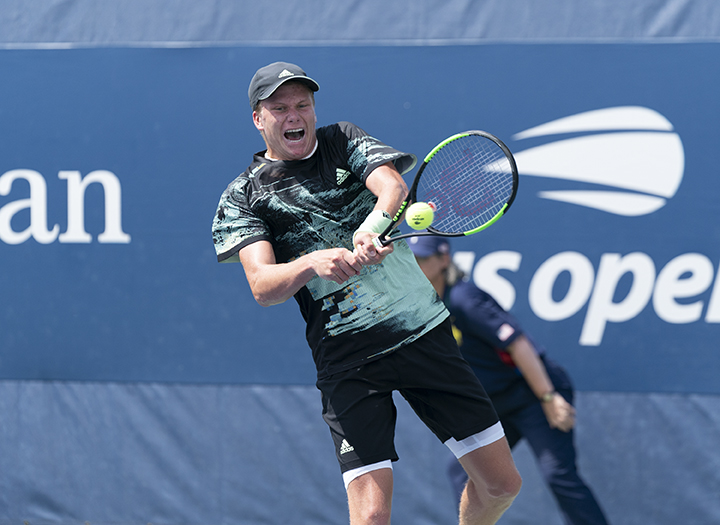 Those recovering from injury will be served.

A 2018 Australian Open semifinalist and a Top-20 player halfway through last season would not expect to have to fight through Qualifying Week. But, Hyeon Chung is working his way back to prominence after a back injury sidelined him for six months of this year.

Chung eased into the final play-in round by dropping just one serve in an efficient, 6-2, 6-3 victory over Italy’s Stefano Napolitano. Chung broke the Italian five times on seven break points in the match, and has not dropped more than three games in any of his four sets played this week.

On Friday, he takes on 9th Seed Mikael Ymer. If Chung prevails, it will result in his fourth career US Open appearance.

The U.S. Open Qualifying Tournament has been exciting, and the main event won’t start until next week! Expect Gildshire Sports to be wall-to-wall when the world comes to call on New York City! Watch this space for some of the best coverage around, because you’ll be served if you do.

Kickoff 2019: Questions Facing the Teams in the AFC South