Home » Our World » Understanding the Odds Behind Casino Games

In recent years the allure of the casino has moved online, bringing with it a whole new generation of players.

In fact, since 2010 the number of people regularly playing blackjack, roulette, and craps in the UK and further afield has more than doubled.

With all the fanfare surrounding online casino gambling, it can be easy to get carried away and jump straight into playing without first arming yourself with the knowledge that you need to play safely. In this article, we take a look at some of the most popular types of casino games and delve into the odds and probabilities behind them.

Ever wondered what a house edge is? Or pondered how much money you can stand to win (or lose) whilst playing your favorite slot game? If so, read on to find out everything you need to know about the odds behind three of the most popular casino games.

What is the house edge?

Before we get started on individual casino games, it is important to understand what the term ‘house edge’ means. Put simply, the house edge is the in-built advantage that the casino (known by some as the house) has over players.

The house edge is not a definitive number and it changes from game to game and sometimes from casino to casino.

There are ways of reducing the house edge, but unfortunately, there are no legal ways of eliminating it.

Below as we explore the house edge and odds involved in specific games, we will go over strategies that can be used to increase your chances of winning.

Let’s start by looking at one of the easiest to understand casino games.

These are the most popular casino games around and without them, we wouldn’t have casinos to visit. Online, the revenues from slot machines in the UK last year accounted for over half of the remote sector’s total revenues.

The story is the same in land-based casinos too with each of the tens of thousands of slot machines in Las Vegas earning an average of $126 per day.

The profitability of these machines is largely down to their appeal as they are the most played game in casinos. However, their profitability can also be explained by something known as the Return to Player (RTP) percentage.

This is the amount of money on average that players can expect to return for every £100 wagered on a given slot. The RTP is always represented as a percentage and land-based casinos are shown on the terminal and online is shown in the game description.

The average RTP of most slots is around 92% to 96%, meaning if you were playing a slot at the lower end of the spectrum you could expect to lose £8 for every £100 wagered.

Obviously, this is only an average percentage meaning in any given session you could win substantially more or lose substantially more. The RTP just gives you an idea of the average amount of money you could expect to lose if you regularly played a given slot.

If you want to increase the RTP percentage don’t be afraid to explicitly search out slots with high RTP’s. There are a number of great review sites that show you the most profitable slots on the internet at any given moment.

In addition to this, look for slots with progressive jackpots as these give you a greater chance of winning big and mitigating the RTP. 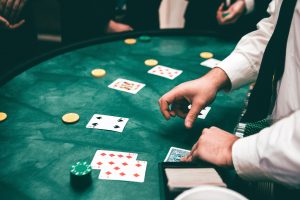 In blackjack, you are playing against the dealer in a fairly basic game, but in a game that has been subtly created to favor the house.

The house edge in this game comes from the fact that the dealer has one card hidden, which introduces an element of risk to your decision-making.

All in all, this small advantage amounts to around a 1.5% total house edge, meaning for every £100 wagered you should, on average, lose £1.50. If you’re betting that amount over the course of an hour blackjack can actually be quite an economical game. The average cinema ticket price in the UK is £7 for roughly 90 minutes of entertainment, which puts into perspective how cheap blackjack can be.

If you’re clever and use some tried and trusted strategies such as the Martingale, you can reduce the house edge from 1.5% to 0.5%.

In economic terms, blackjack is the cheapest of the casino games and as a result of that, perhaps one of the most fun. 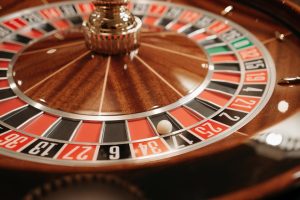 In recent years the popularity of roulette has skyrocketed with new players being drawn to the thrills and spills of the spinning wheel.

The house edge in this game is a little harder to pin down than in other games, as it all comes down to how you bet and the amounts that you wager.

If you consistently bet on a single number, then the house edge can rise to as high as 17%, but if you spread your bets and cover your bases that number can fall to 1% to 2%.

On average though, the house edge on a double zero roulette wheel is 5.26% making it one of the pricier casino games to play. Many would argue the fun that playing roulette provides is well worth the price.

If you’re serious about reducing the house edge and winning more than you lose, be prepared to bet big as all the successful roulette strategies require large liabilities to cover as many eventualities as possible.

There you have it, the house edges of three of the most popular casino games explained. Before you head over to your favorite online casino, remember that the house edge figures in this article are based on the averages from large amounts of statistical data.

A 1.5% house edge isn’t a guarantee that you will only lose £1.50 an hour playing a blackjack, nor does it mean that you’ll never win big spinning the roulette wheel. The house edge should just be used as a general indicator as to how much you stand to pay for your love of a game in the long run.

How to Recognize that You Have Outgrown a Friendship?