Home » Our World » Users Guide to Talking Like a Gearhead

Every group of enthusiasts has a lexicon. Theater lovers like to talk about “the call board,” “dry tech,” and “spike marks.” Sabremetric baseball fans can visit with one another for hours, using terms such as “OPS+,” “BABIP,” and “WAR.” (What is it good for, absoul…oh that’s something different. never mind.) As it turns out, auto enthusiasts have a lexicon of their own, as well. It sounds as foreign to the uninitiated as “dead-on center for the waste block he parted off,” sounds to a non-woodworker. Haven’t you always wanted to be conversant in gearhead-ese? Wouldn’t you like to throw out terms like “gear ratio” and know what you’re about? Gildshire Magazines has your back, Pit Crew member-to-be. Here are some phrases to sprinkle into your next car conversation. They’ll think you’re Richard “The King” Petty. Or, that you write for Car and Driver.

Torque: Everyone knows horsepower (though few know the methodology behind the calculation), but “torque” is free entry into “He knows his stuff!” Simply put, torque is the measure of the horsepower efficiency. It is the physical factor that makes cars go fast. A car with lower horsepower can still perform well if it has a high torque.

Banger: Served with mashed potatoes, bangers are saus…oops, wrong again. Gearheads will refer to a 4-cylinder motor as a “four banger” because the exploding air-gas mixture and pistons will “bang” in the quartet of cylinders. Occasionally, your gearhead friend may say “6-banger” for a six cylinder configuration, but that expression is rarer.

Turbo Lag: Turbochargers from the 70s-90s would hesitate before kicking in. That would create a slight delay in acceleration. The delay may have been slight, but the driver of a turbocharged yellow and black ’79 Mustang knew it was there. Carmakers today have almost eliminated the turbo lag. 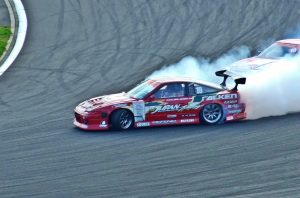 Proper use of drift

Drift: Rear-wheel drive cars were great drifters. Those were the days. A talented wheelman (or woman) can go into a turn and cause the rear wheels to lose traction. We called it a “skid” back in the day. The drift aids the car in rounding the bend, sending it speeding on its way. An untalented wheelman (or woman) will spin the car out and leave it looking ridiculous backward on the road. Don’t be that guy (or girl). 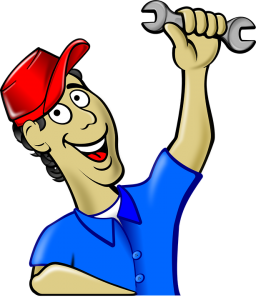 I’ve got this, Gearhead!

Wrench: Not the tool or, at least, not always the tool! Used as either a verb (wrench on the car) or noun (turn a wrench) the gearhead is declaring love a car that needs some care.

To “wrench” means a reluctance to turn the car over to a mechanic that has no reason to love it. The wrench was more common before the guts of an engine was a computerized motherboard.

Bondo: Oh yes, I’m the great…surrenderer. The duct tape of car repair, Bondo is a filler used by the DIY car repair guy who is out of his depth. He won’t be able to sculpt, paint, or sand the Bondo into invisibility. It will always be there as a mark of shame and indignity. The next owner will see it, too.

Heel and Toe: Here is where that subscription to Car and Driver comes in handy. Those guys heel and toe constantly, or so they say. When you downshift,  pop the throttle slightly, to equalize the engine RPMs between gears. Expert drivers will “pop” while braking. They use one side of their foot for the brake and the other for the gas pedal.

Rockford Turn: You have to have some personal mileage on your body’s odometer to remember the origin of this one. Officially called a “J Turn” it was employed by James Garner (or, more likely his stunt driver) as Jim Rockford in the TV series. 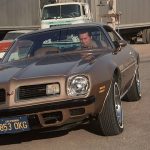 The maneuver involves turning the wheel and slamming on the brakes while traveling in reverse. The resultant spin sets up the car to speed away. Think of it as a reverse drift. Ansel Elgort in Baby Driver, now in a theater near you, uses it to great effectiveness.

That should be enough to get you started down the road to Gearhead. Watch that drift when you heel and toe, or you may be in the market for Bondo. Love the throaty sound of that 6-banger. Wrench you later.

Do You Have The Exercise Blues? We Have The Answers