“The Future is US!” That’s the motto of the United States Women’s National Team as they prepare for next month’s World Cup in France. It is an intriguing phrase for its double meaning. The US can mean the United States, but it can also mean the collective “us” that binds this team together. The reigning USWNT World Cup champions prepared to be “us” on the international stage with a 3-0 shutout win over an outgunned Mexico team this past Sunday. Mexico pushed all the right buttons but could find no joy on the pitch in Red Bull Arena in Harrison, New Jersey. The veteran United States squad showed its readiness for the big tourney to come. Gildshire Photographer Par Excellence Lev Radin was there.

Team USA dominated first-half play, piling up a 15-1 shot advantage, seven of which were shots on goal. Goalkeeper Cecilia Santiago made an early error in the form of a turnover, allowing Tobin Heath to garner the match’s opening goal at the 11-minute mark of the first half.

Later in the first half, the U.S. squad forced Santiago to make back-to-back impressive saves. The second such save was on Crystal Dunn’s volley that nearly got past the Mexico goalkeeper during stoppage time, but the score of 1-0 U.S.A. was to be the score at recess. 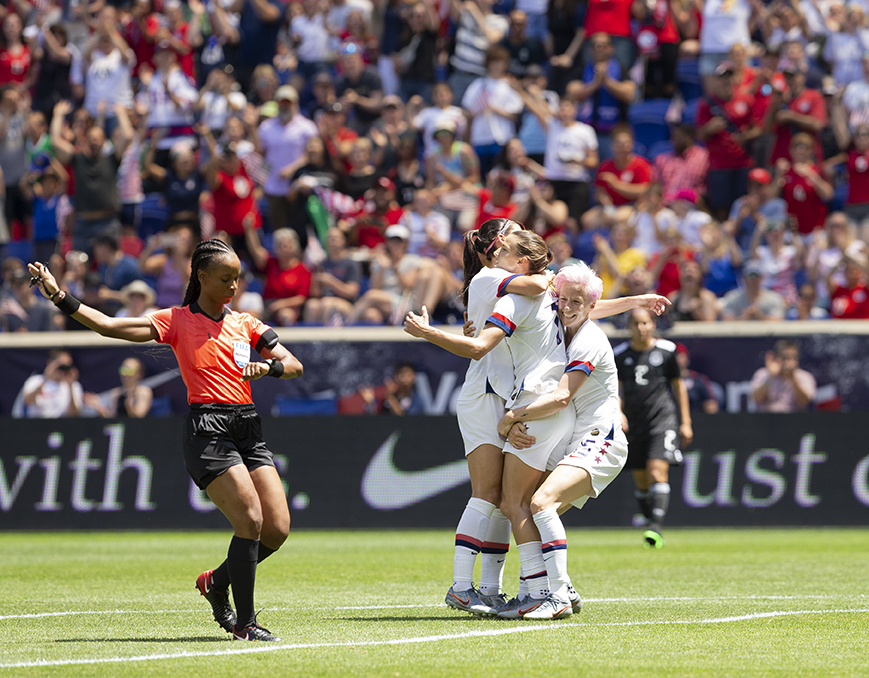 After halftime, U.S. Head Coach Jill Ellis made five substitutions. Christen Press came on for Megan Rapinoe, Carli Lloyd for Alex Morgan, Lindsay Horan replaced Rose Lavelle, Malory Pugh subbed in for Becky Sauerbrunn and Allie Long for Crystal Dunn. The changes would turn out to pay dividends later in the match, as two of the substitutions would score the second half goals that put Mexico to sleep for good.

For the match’s second goal, Carli Lloyd played point guard, whipping her defender with a nifty dribble, capped off by a smooth centered shot into a crowded field in front of goal. Malory Pugh came out of the pack in control of the ball, dragging it over the line in the match’s 76th minute.

Christen Press finished the Mexicans off with her strike in Minute 88. Julie Ertz slipped a pass to Press at the top of the penalty box. The 30-year-old L.A. native left her defender clutching air and fired a powerful shot into the right corner. 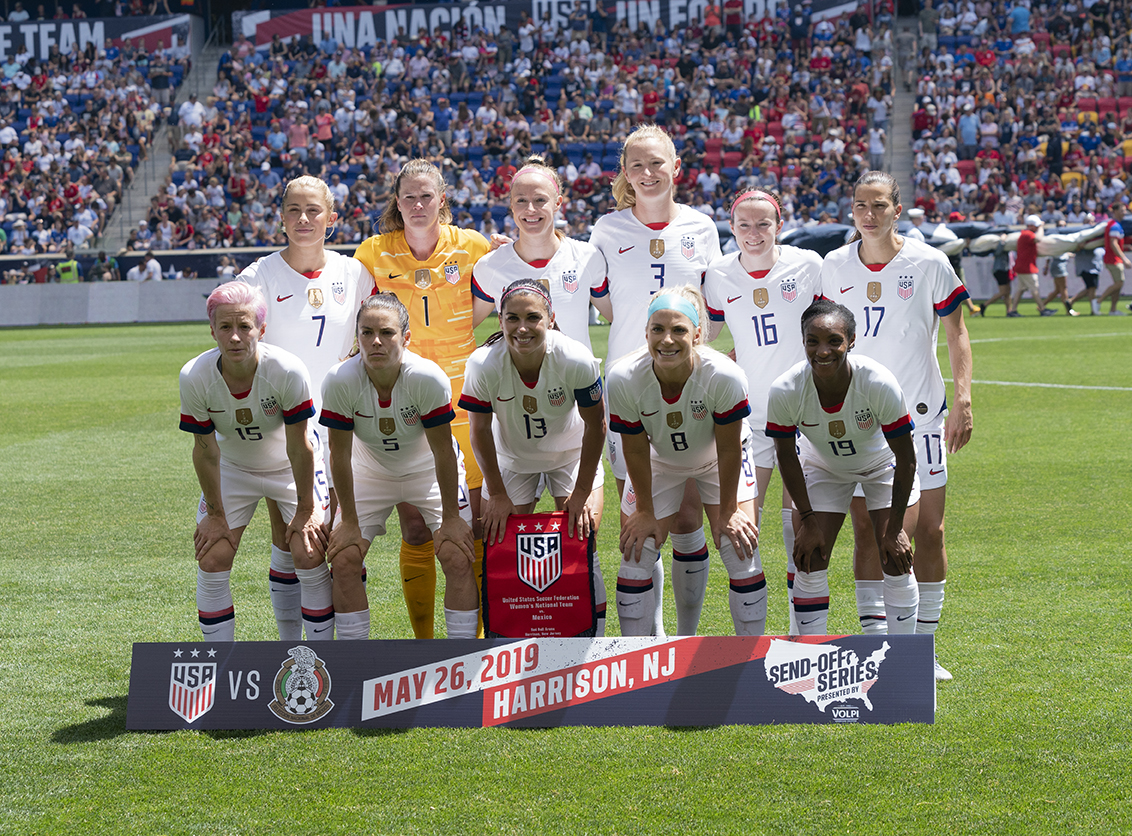 This completes the send-off matches. Now, France and the rabid French soccer fans await the USWNT. Here is the early tournament schedule for the USWNT World Cup squad.

On June 7, the USA departs for the 2019 FIFA Women’s World Cup. Thailand provides the USWNT World Cup competitors their first obstacle in a Group F tilt that will take place Tuesday, June 11 at Stade August-Delaune II in Reims. The match is scheduled to get underway at 4/Eastern and 1 pm Pacific. Next, Team USA plays Chile on June 16 at Parc des Princes in Paris. That match will take place at noon/Eastern, and 9am/Pacific. The final group play match will be June 20 versus Sweden at Stade Oceane in Le Havre. 3 pm/Eastern and noon/Pacific are the scheduled times for that match.

The Fox Sports family of stations, along with Telemundo, will carry the matches that involve the USWNT World Cup team. Many other nations’ teams will be telecast, as well. Check your local listings for channel placement and any time updates that could occur.