A week before Christmas, 1967, an Australian man went for a swim. This wouldn’t be that strange, except for the fact the man disappeared beneath the waves, and he was the Prime Minister. For years, conspiracy theories have revolved around Harold Holt, though the truth might be anything but exciting. 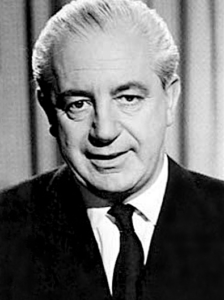 Harold Holt loved the outdoors. He spearfished, swam, and snorkeled. While attending parliamentary debates, he would even hold his breath to build up his endurance. His skills did not save him, however, when he waded into the rough waters of Cheviot Beach. It was around noon, and the Prime Minister and a few others had some time to burn before lunch. Holt got in the water right away, along with a friend, but the others stayed behind. The water seemed too dangerous. Alan Stewart, Holt’s friend, stayed close to the shore and reported feeling a powerful undertow in the shallows. Holt ventured farther, and got caught. While his friends shouted to him, he vanished.

His disappearance sparked the largest search-and-rescue in Australian history. Helicopters circled the coast, while divers hunted for any sign of a body. After 22 days and no success, the Prime Minister was presumed dead. 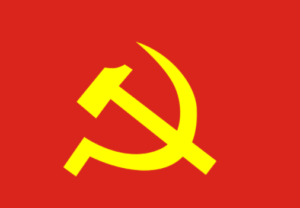 Was Harold Holt a communist spy?

Theories about Holt’s disappearance emerged almost immediately. Because he went into the water despite the clear danger, people speculated about his mental state. He had been stressed at work, especially with the Vietnam War. Did he commit suicide? In 1983, a British reporter-turned novelist published a non-fiction book claiming that Holt was actually a Chinese spy. According to this theory, Holt worried he was about to find out, and so faked his death. A Chinese submarine picked him up, and he traveled to Beijing. The book met with immediate criticism, especially since nearly all of the “facts” were inaccurate. The idea has maintained its allure, however. The Defector, a short film by an Australian director, tells the tale of the Prime Minister’s entanglement with Communism. Holt’s own grandson gave the movie his blessing.

The most radical theory about Holt’s disappearance centers around (what else?) aliens. Some hypothesize that a UFO abducted the Prime Minister, because no body turned up. In 1970, John Keel wrote Operation Trojan Horse, which links unsolved mysteries with alien or supernatural activity. He points to a series of events that supposedly “foretold” Holt’s disappearance, including the collapse of Silver Bridge in Point Pleasant, which is connected to the Mothman prophecies. Fans of John Keel go so far as to consider that Holt was actually an alien himself.

For years, coroners weren’t allowed to determine death without a body. However, when that changed, Victoria’s state coroner made an official ruling. Harold Holt drowned, and his body was lost at sea. Even though he was active, he was not known to be a strong swimmer when it came to rougher waters, and recently suffered a shoulder injury. Any other theories, the coroner said, are “fanciful.”

The Dyatlov Incident is another event that has historians and conspiracy theorists alike coming up with ideas. What happened to the group of young hikers, and was something unearthly involved?

Health News: When Work is Bad for Your Health, E-Cigarettes, Children and Mental Health