Venus Could Have Hosted Life for a Billion Years

NASA’s Pioneer 12 or Pioneer Venus mission reached Venus and found that the Earth’s Sister once had oceans on its surface. The mission happened back in 1978 and since then, we there have been several missions sent to Venus to track and gather data from its atmosphere or surface. Venus once was a Earth-like planet and now it is a hellish and hot place.

Approximately 700 million years ago a massive event triggered a greenhouse effect that caused Venus to become a hot and dense. However, this means that 2 or 3 billion years ago after Venus was formed, the planet might have had a habitable environment.

Recently a study was published by Michael Way and Anthony Del Genio on the climatic history of Venus and possibility of life that once flourished on the planet. Del Genio and Way assume that the topography of the planet was the same and that the ocean ranged from a minimum of 30 feet to a maximum of 1000 feet.

Researchers concluded that Venus had some stable temperatures from 68 degrees to a high 122 degrees. The temperature maintained for approximately three billion years which would make it habitable according to our findings from the planet. 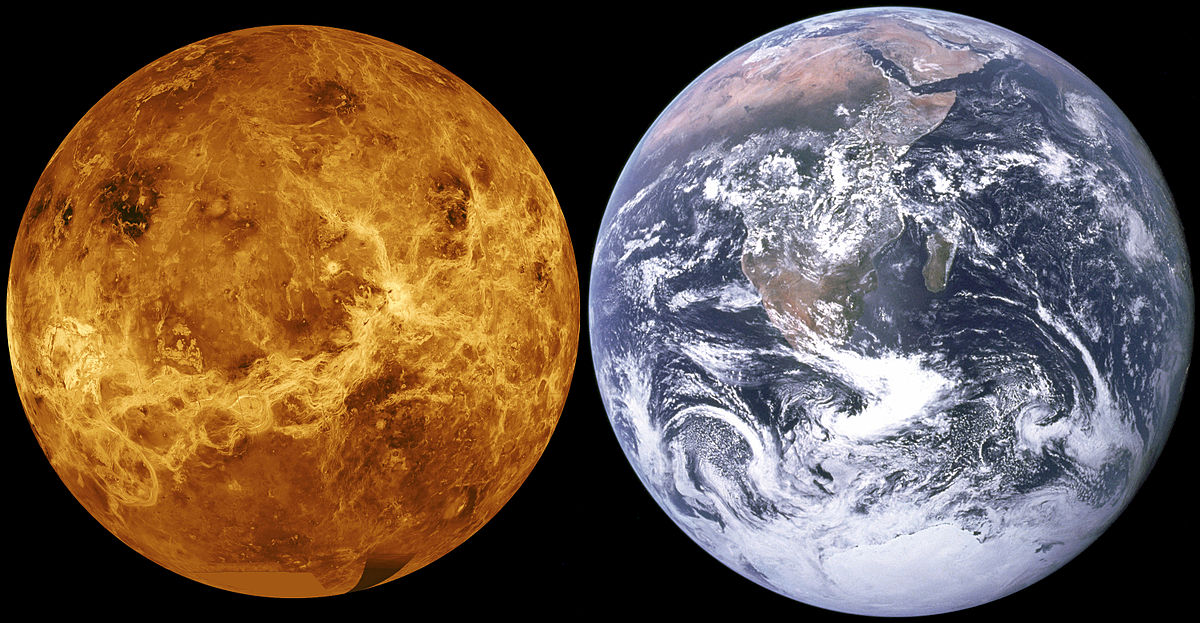 “Our hypothesis is that Venus may have had a stable climate for billions of years. It is possible that the near-global resurfacing event is responsible for its transformation from an Earth-like climate to the hellish hot-house we see today.”

By 715 million years ago, the atmosphere would have been similar to the Earth’s atmosphere today composed of nitrogen gas and some trace amounts of methane and CO. What happened on Venus to destroy any possible life on the planet? Scientists believe that the planet experienced a major geological event which might involve large amounts of magma bubbling up and massive amounts of CO being released into the atmosphere.

“Something happened on Venus where a huge amount of gas was released into the atmosphere and couldn’t be re-absorbed by the rocks. On the Earth we have some examples of large-scale outgassing, for instance, the creation of the Siberian Traps 500 million years ago which is linked to mass extinction, but nothing on this scale. It completely transformed Venus.”

This explains how the atmosphere on Venus was thickened to the point where it was more than 90 times denser than the Earth’s atmosphere. High concentration of CO could lead to a greenhouse effect which explains how the planet became the hellish place it is today when the average temperature on the surface is 864 degrees.

Within the Venus Zone, a planet absorbs too much radiation to maintain liquid on its surface. However, Way is challenging this observation:

“Venus currently has almost twice the solar radiation that we have at Earth. However, in all the scenarios we have modelled, we have found that Venus could still support surface temperatures amenable for liquid water.”

The study from 2016, showed that Venus had a rotational period slower by 16 Earth days. It also showed that the climate on Venus might have been habitable until 715 million years ago. Still, there are so many unknown factors remaining to be examined before we can be sure that there was life on Venus. Scientists need to examine how quickly Venus cooled, could it condense liquid water and what event led to the transition from a planet that might host life to the closest thing we know as hell. Way concluded:

“We need more missions to study Venus and get a more detailed understanding of its history and evolution.”

2019 Halloween Trends That Are Popping