Bang the drum slowly, and play a sad dirge. The Volkswagen Beetle, a cultural and automotive mainstay for much of the last 60 years, is classified as “discontinued” for the future. VW, the embattled carmaker from Wolfsburg, Germany is squashing the Beetle. Funeral services will take place wherever groovy kids and corporate hipsters hang out to share memories of the Little Car That Could. Gildshire joins them in raising a glass of sorrow, but here’s how it went down. Road and Track helped with the research 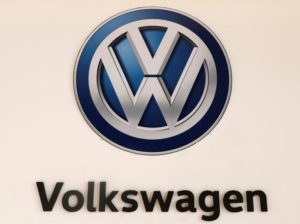 Frank Welsch, Research and Development head boss for Volkswagen, confirmed in Switzerland at the Geneva Motor Show that there won’t be a successor to the Beetle mantle in the company’s lineup. The retro-inspired slot is to be occupied by VW’s new microbus, the all-electric I.D. Buzz. For quite some time, there will be a gaping hole in the segment. The time-lag between the end of the Beetle and the beginning of the Buzz is expected to be at least three years.

Through the 2018 model year, the Beetle (known by people of a certain age as the “New Beetle”) comes as either a coupe or a convertible. Sales numbers (particularly for the coupe) are adequate.

The New Beetle has been in production for 21 years, with a new generation arriving in 2011. Back in the day was the classic Beetle. As almost everyone knows, the original arrived in rear-engine, air-cooled two-door setup. Car historians consider it one of the truly important automobiles of the 20th century. 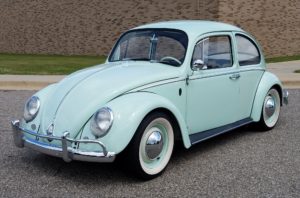 …and its classic older brother.

Designed in the 1930s, the Beetle appeared in significant numbers beginning in 1945. Mass production ceased during the Second World War. Volkswagen designated it the Type 1 and marketed without a model name. Later models were designated Volkswagen 1200, 1300, 1500, depending on engine size. After a while, the model became widely known in its home country as the Käfer (German for “beetle”). It was later marketed as such in Germany, but as simply the Volkswagen in other countries. Americans adopted the name for its appearance and size. The name caught on around the world, wherever the little runabouts lived.

A sad day, indeed. The end of an icon. Seemingly, the end of The Age of Aquarius. Where have all the flowers gone?

Of course, almost any funeral dirge in the car world must come with “unless” accompaniment. Were the public to demand it…