The Holy War Against Rock Music

In late summer of 1966, outraged Christians began burning records. Specifically, the records of The Beatles. Why? John Lennon said that The Beatles were more popular than Jesus. To be fair, the full quote reads: “Christianity will go. It will vanish and shrink. I needn’t argue about that; I’m right and I’ll be proved right. We’re more than popular than Jesus now; I don’t know which will go first – rock ‘n roll’ or Christianity.” He also added that Jesus was “all right,” but his followers had twisted his original message. Nuance be damned, all people heard was that John Lennon thought he was more popular than Jesus. This was the beginning of a long history of destroying records as protest. Two of the most effective crusaders were the Peters brothers. 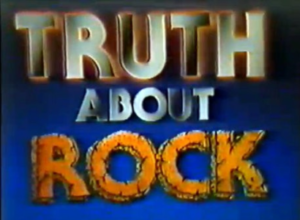 The name of the organization and video

Their names might not sound familiar to you, but among Evangelical and charismatic Christians of the 1980’s, they wielded quite a bit of powerful. In 1979, Dan and Steve Peters founded Truth About Rock, which was based in my hometown of St. Paul, Minnesota. Their mission? Expose the truth about rock music and save the souls of teenagers.

With an array of materials like pamphlets, books, and TV specials, the Peters brother warned against rock music and its Satanic goals. In addition to glorifying drug use and sexual perversion, they said rock music contained secret embedded messages that could influence listeners. Think “Stairway to Heaven” and how when you play it backwards, it supposedly sounds like Robert Plant is singing, “My sweet Satan.” Offending musicians included Iron Maiden and KISS, which make sense, but apparently artists as seemingly white bread as Johnny Mathis and The Beach Boys are on the list. In fact, it was a song by The Beach Boys that inspired the Peters to start their crusade in the first place.

The brothers would hit up the church and Christian school circuit with their message, and even big-time spots like Nightline on ABC and Entertainment Tonight. Their hour-long “Truth About Rock” shows the brothers discussing the popular acts of the day and exposing “masking,” which is when a Satanic message is hidden in a song. They also analyze interviews and clothing, including a shirt worn by Mick Jagger. After watching the movie,  kids went home and broke their rock records. On the ad for “Truth About Rock,” a crawl bragged that over five million dollars’ worth of music had been destroyed since the movie came out.

The Peters brothers were not interested in thoughtful debate. In an article for Minnesota’s City Pages, Chris Strouth described the time he went to a seminar featuring the brothers and stood up to ask a question. He talked about how his school taught a book with graphic sex, murder, genocide, violence, incest, and more. When the brothers asked what the book was, so the brothers could add it to their “list,” Chris said, “The Bible.” He was immediately thrown out the building. The funny thing is that Chris was able to pull the stunt off again only a year or so later when he interviewed the brothers on film. The footage was ultimately edited out, so the Peters didn’t look dumb. 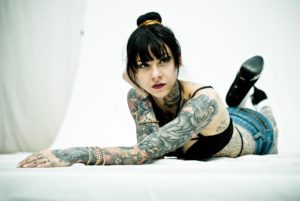 Young people rebel – rock music helps them do it

It’s not as if Christians have nothing to fear from rock music. For teens, rock music has always been about rebellion, which is scary for parents, especially Christian ones, who worry about their children getting involved with sex and drugs. However, in their concern, people like the Peters take their criticisms to an extreme – even absurd – level, and ultimately make their ideas look silly.

Read about how The Beatles transformed music and (according to some extremists) ushered in age of Satanic influence.

Foods You Haven’t Tried But Must Discover in 2018