Was Trump – Kim Hanoi Summit a Failure or a Success?

The world’s eyes were recently drawn to the Metropole Hotel in Hanoi, Vietnam for the second summit between President Trump and North Korean leader Kim Jong Un. The much-anticipated meeting followed the successful first engagement between the US and the rogue nuclear state in Singapore earlier in President Trump’s term. Experts and decision makers were eagerly awaiting the conclusion to analyze progress made in one of the most pressing strategic security challenges of the 21st century.

However, following two days of faltering negotiations and unrealistic North Korean dictates, the President walked away and refused to kowtow to the reclusive regime. Having demanded removal of all international sanctions without offering so much as a verified accounting of their current nuclear production capacity, warhead count, or delivery systems, the North Koreans made a grave miscalculation. All too familiar with the style and conventions of the Western diplomatic establishment, Kim Jong Un greatly underestimated President Trump and his willingness to walk away from the negotiating table when faced with an unserious offer. And walk away he did.

Nancy Pelosi, the House Speaker was supportive of President’s decision, but conventional wisdom among the American media’s commentary class and many Congressional Democrats has marked the summit a ‘failure’ or a ‘defeat’ in President Trump’s campaign for complete, verifiable, and irreversible denuclearization (CVID) of the Korean Peninsula. They also fail to recognize the broad scale and whole-of-government approach employed in negotiations of this magnitude. Well before and after direct talks between any two heads of state, a veritable army of career diplomats, scholars, legal experts, and officials engage with their foreign peers to address the specifics, technical details, and terms of any agreement. Thousands of man-hours go into the programming of these summits, and the work of administration officials like Secretary of State Mike Pompeo, CIA Director Gina Haspel, National Security Advisor John Bolton, and acting Secretary of Defense Patrick Shanahan deserve recognition and commendation. 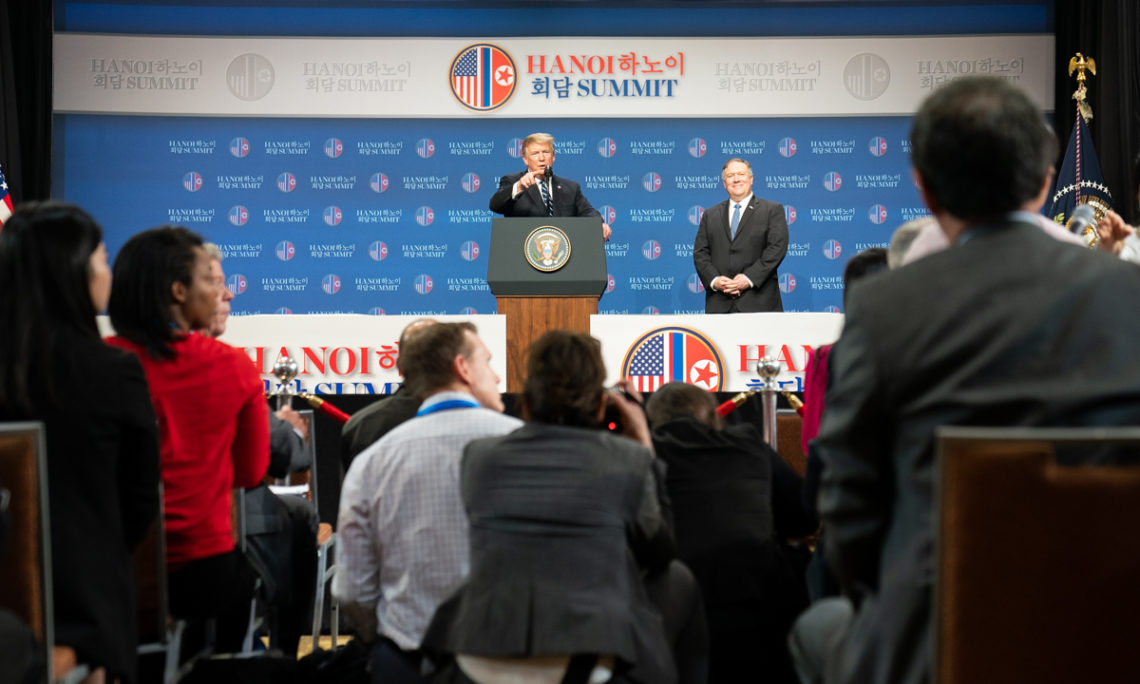 The North Koreans have agreed to continue their secession of nuclear weapon and ballistic missile testing, and state media – one of the best barometers of government opinion in the regime – has acknowledged that the talks helped deepen “mutual respect and trust” between the two parties. Experts across the political spectrum have long acknowledged that progress towards CVID will be painstakingly slow and require extensive engagement. The eagerness with which so many of the President’s detractors began mocking the ‘failure’ of the summit rings hollow, especially considering that less than two years ago North Korea was testing a hydrogen bomb and threatening major American cities with nuclear annihilation. Diplomacy on this scale is not easy, nor can issues of this magnitude be solved in two short meetings, but the progress and changes in the US-North Korea relationship since this new policy of engagement began speak volumes.

Going forward, the Trump Administration has committed to building on the progress of both the Hanoi and Singapore summits and reaffirming America’s commitments to her partners and allies in the region. Further, from a reduction in military exercises in South Korea to a public willingness to continued dialogue in the face of intense criticism, President Trump has made clear that the American people still extend an olive branch to North Korea, but the regime needs to be prepared to engage in substantive and actionable negotiations toward CVID. Major threats like North Korea’s nuclear and ballistic missile programs consume a tremendous amount of the Commander in Chief’s bandwidth, even when the issue fades from the headlines.

Kim Jong Un’s 2,000 mile train ride back to Pyongyang will give him time to assess the meeting and review the options that were presented to him by the American negotiators. Either the North embraces America’s outstretched hand and rejoins the community of nations or it remains an impoverished and isolated shell of its Southern sibling.

Far from a failure, President Trump’s willingness to walk away from the summit demonstrated that America is a compassionate country capable of forgiveness, but also that we are no longer in the business of playing the failed diplomatic games of the past.