Biological weapons are the stuff of science fiction movies, but they are also terrifyingly real. An expert points to anthrax, saying that only a few kilograms is enough to kill just many people as the bomb on Hiroshima. Biological warfare has been around for millennia, but it’s constantly evolving and still poses a real threat to the safety of the world. 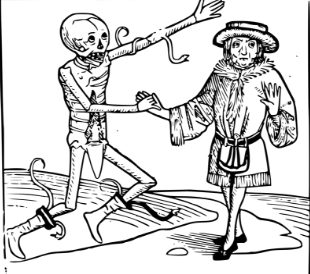 The first recorded instance of biological warfare (BW) was during the siege of Athens. A historian from the 400’s B.C. recorded that the Spartans “poisoned the wells,” though with what, we aren’t sure. We do know that it caused an epidemic that killed thousands. In the 14th century, another siege took place, this time between the Tartar army and the city of Kaffa. The Tartars catapulted dead bodies over the walls in the hopes of spreading what turned out to be the bubonic plague. The city began ill, and when survivors fled to Italy, they triggered the Black Death in Europe, which claimed ⅓ of the continent. In the 18th century, smallpox was the weapon of choice, and it was especially incendiary as the infected blankets were given to Native Americans under the guise of friendship. That one disease through a variety of avenues is responsible for taking out most of the native tribes in both North and South America.

Smallpox is just one of the diseases that the CDC lists as Category A. This means it poses the highest risk to national security, should an epidemic occur. Another illness on the list is anthrax. During WWI, Germany began the first modern BW program and began infecting sheep with anthrax, and sending them to Russia. During WWII, Japan began lab experiments on humans and contaminated the water and food supplies of 11 Chinese cities. On the Allied side, England contaminated their island test site so thoroughly with anthrax bombs that it took 280 tons of formaldehyde to clean it up.

In 1969 and 1970, Richard Nixon ended the offensive BW weapons program in the United States. In 1972, the United Nations also forbade the production and use of BW, but there have been several violations since then, mostly notably Russia and Iraq. In the 1990’s, Russia managed to turn Ebola into an airborne disease. It has never been used outside of the lab, but the possibility casts a dark cloud on the world. 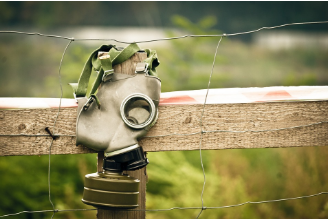 Direct attacks on people is not the only way a BW could cause death. Russia and the United States have researched crop-related insects and diseases extensively, and it wouldn’t be hard to turn that research into biological weapons that could wipe out an enemy’s food supply. In the 1960’s, before the end of the BW program, the US tested rice blast in Okinawa. This disease is caused by a fungus that leaves lesions on infected plants. These lesions are actually thousands of spores that spread very quickly and effectively, “blasting” the crop. Reports say that the United States was pleased with the results, but had to destroy all the stored weapons as soon as the public discovered what had happened.

While BW officially constitutes a war crime, that clearly hasn’t stopped everyone, and terrorist groups could care less about the rules. The future of BW will likely involve some kind of genetically-engineered weapon, where normally mild viruses like the flu could be tailored to fatal results. This is what frightens a lot of people about genetic engineering in general, but on the other hand, more research and knowledge equips scientists with the ability to fight BW weapons through improved or new vaccinations, and other treatments.

The Best Oils for Gorgeous Hair

Visiting Victoria Falls – Where to Stay & What to Do