We see weird fashion trends probably every day. Every historical period and every culture has a certain fashion statement. Ladies from Europe and China certainly had a different style than during the time of the Medieval period. Now, fashion trends from history are a part of our heritage and something we would wear for Halloween. That is still not a reason for us not to look back and see some unusual fashion statements from human history. Here are a few weird fashion trends from history that we find interesting.

You probably cannot find a face of Egyptians from the Golden Age of Egypt without strong eye makeup. More clothes and more makeup meant higher status in society. They usually used black and green eye makeup. The rest of their makeup was only for special occasions, but eye makeup was an everyday thing for Egyptians. The eye makeup was not only a fashion statement. Egyptians used eye makeup for health, spiritual and religious reasons as well. They believed that eye make up will protect them from the “Evil Eye”.

Huge powdered wigs were worn by both, men and women. Bigger hair meant a bigger status in society. By the end of the 16th century wigs became a huge trend in Europe. Baldness was perceived as a public embarrassment and was something that could possibly ruin your status in society. This fashion trend became history around the time of the Revolution in France, the end of the 18th century.

Another fashion trend from the 17th and 18th century was the panniers. Women started wearing panniers in Spain and soon enough the trend spread throughout the whole of Europe. Can you even imagine how uncomfortable these dresses were? Some of these panniers could extend dresses a few feet away in every direction. In those times ladies couldn’t just normally walk through doors, without walking sideways.

Marco Polo was the first one to describe the practice of neck rings in the 14th century. Neck rings are still popular in Asia and Africa. Young girls wear neck rings from the age of five and they gradually add coils. Sometimes they wear as many as 20-25 coils. With every coil the clavicle tends to go lower and the neck looks longer. Why do women from Africa and Asia wear neck rings? Beauty! Some assume that the reason is a tradition or a religious beliefs, but most of these women say what we say about wearing high heels: “At first there is some discomfort, but it is worth it for beauty.” (National Geographic)

Lip plate is another view of a beautiful woman. Girls at the age of 15- 16 from the tribes of Ethiopia pierce their lower lip. First they start with a smaller disk, but slowly they start wearing bigger disks. Some believe that the size of the plate is a sign of a bride’s price. For a daughter with a bigger plate her father could get around 60 cows. Another similar explanation is that a bigger lip plate is a sign of the social status that a girl’s family has in a society.

Another sign of beauty and status in China was foot binding or also known as Lotus feet. This tradition was popular in China for 1000 years and it was banned by the end of the 20th century. Foot binding was intended for young and rich women in China, who usually did not have to work. Foot binding is extremely painful and it deforms a woman’s feet for the rest of her life. There is the assumption that around 3 billion women used to bind their feet in the history of China. 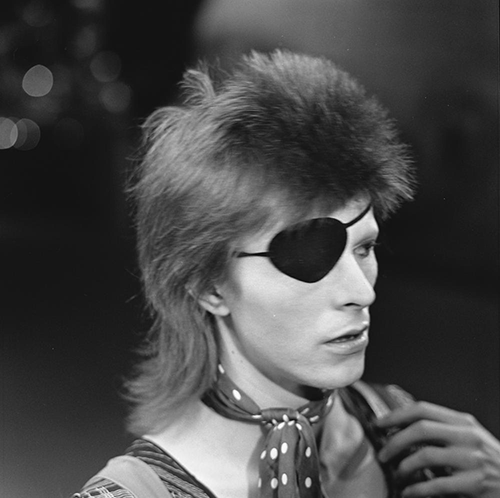 This is definitely different, in every possible way different. A mullet is a hair style that was particularly popular in the 1970’s and 1980’s. David Bowie, Rod Stewart and Paul McCartney made this hair style famous among young people in the 70’s. According to Oxford English Dictionary the word Mullet was mentioned for the first time by the Beastie Boys in their song “Mullet Head”, in 1994.

Most of these weird fashion trends from history are statements about beauty, status or attitudes that we hold. Even if we don’t think that much about fashion or what are we wearing, with our look, we are unconsciously sending a message to society. Most of these fashion trends are not just simple, subtle messages, they are sending us a message on a more conscious level. Different fashion trends can also show us how the view of a beautiful woman is different for every culture and for every period in history.  In the medieval period pale skin and a chubby woman was more attractive than a skinny girl with the perfect tan.

We can only wonder what future will bring and how our fashion trends will be viewed by future generations.

Why Do We Stop Liking the New Music as We Get Older?