International travel is a glorious thing. To vacation abroad is to experience sights, sounds, culture, food, and a perspective on the world that is markedly different from our own. Gildshire’s Travel Magazine, in our continuing quest to make travel both more accessible and more enjoyable applauds our many readers who travel outside of the United States. That said, there may be trouble afoot. Some countries and foreign business entities have laws and rules that are hard to explain, but can land an unwary traveler in trouble and, when we say trouble, we mean jail! Here are some of the weird laws and regulations on the books. 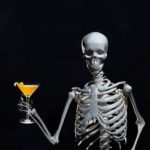 British Airways: You may run into an uncomfortable event before even landing at a foreign airport. The flagship carrier of Merrie Olde England has a strict rule concerning passengers who expire mid-flight. Dead passengers get a first-class seat and a blanket. “Thanks for the offer of an upgrade. I’ll be fine in coach.” 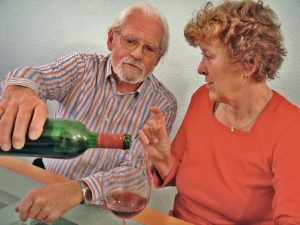 La Paz, Bolivia: Because of an apparent epidemic of certain women having too much of a good time, the City of La Paz enacted the following law. No married woman can be served more than one glass of wine at a dining establishment.  City officials say that second glass of wine may make them, (and these are their words, not mine) “morally and sexually lax.” You know what I always say. “Nothing leads to sin like a second glass of Zin.” Check, please. We’ll skip dessert.

Eraclea, Italy: Talk about beach party-poopers. The city fathers of the oceanfront town of Eraclea made sand castles unlawful. It gets worse. Beach-goers cannot collect seashells or play any games involving a ball or racket. Fines for these infractions range from $30 to just under $300. We’re sure the Eraclea Board of Tourism loves with the new laws. “Here, take an umbrella and sit still!”

Singapore: This island city-state knows all about being in the news. Who can forget the caning episodes from the 90s? On the positive side of things, Singapore is known for the cleanliness of its roads and streets. For good reason, as it turns out, because gum is forbidden. We aren’t talking about gum on the sidewalk or the lawns (that’s yucky and we concur). We’re talking about the actual chewing of gum. It’s illegal, and subject to a $500-$700 fine. “Honey,I’m trying to stop smoking. Can you hand me some Juicy Fruit…and 700 bucks?”

Thailand: No going commando. This leads to some obvious questions…none of which we will touch on at this time.

London, England: Though enforcement of this law is reportedly pretty lax, there is an interesting one on the books. Before getting underway, cab drivers must ask passengers if they currently have the plague. We think this one is largely overlooked, because the plague is fatal…and the dead ones are flying around the world on British Airlines.

Paris, France: The City of Love, huh? Well, riddle me this, Paris. Why is it illegal to kiss on train platforms? The law dates from 1910. Apparently, amorous passengers receiving goodbye smooches were causing the trains to run behind schedule.

Some weird laws even target…visitors.

Châteauneuf-Du-Pape, France: Passenger planes are perfectly welcome to land at Charles De Gaulle International or at Paris Orly Airport. However, don’t even think about it if you are arriving by UFO. Specifically, the law reads “ the flying over, landing, or taking off of flying saucers is strictly forbidden in Châteauneuf-Du-Pape.” This is NOT very hospitable to E.T. 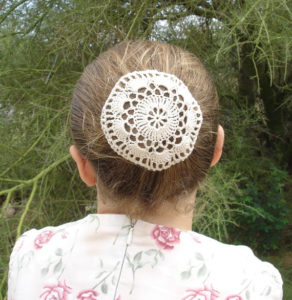 She looks pretty dangerous to us.

Hawaiian Airlines: Since we started with some British Airlines weirdness we thought we would finish with this from Hawaiian Airlines. An “unacceptable hairstyle” is cause for expulsion off a Hawaiian plane, and their definition of unacceptable is alarmingly broad. It includes cornrows, dreadlocks, Mohawks, unnatural hair colors such as blue or pink, or even top-knot buns. Luckily, the Amish don’t fly, so they won’t run into that top-knot bun restriction.