Weirdest Weather Phenomena in the World

All the weather phenomena explained below are not only recent events, most of these events were scary mysteries or punishments by God for our ancestors who lived thousands of years ago.

The following weather conditions are sometimes biblical and hard to explain for scientists.

Raining frogs, birds or fishes is more common than you would think. In 1996, the UK was hit with showers of frogs in Wales. Two years later, in 1998, the raining frogs happened again in the UK, this time in London. In 2010, an area of Arkansas was hit with the frog rain followed by a flock of blackbirds, which again happened in the same area with a flock of Italian doves. Probably the weirdest and the most common one is in Honduras, in the small village of Yoro. Every year in May or June, the area is hit with the rain of fishes flopping on the streets.

Here, scientists are not sure what is behind these animal rains. It is believed that there is no just one cause that can explain each case. Some scientists think that tornadoes and other storms can whip up animals carrying them miles away from home. Once these animals are taken by the strong winds, they can be dropped by the first rain, leaving residents of that area hit by the rain confused and even scared.

The most recent example of blood rain was in 2001 when red-blooded rain fell over the state of Kerala in India. Explanations ranged from plagues that came back to haunt us to an alien invasion. Scientists believe that a red algae bloom is responsible for the red-blooded rain. Also, it is possible that the dust gives a red color to the rain. Again, there is not only one answer for each case.

Cases of blood rain have been recorded since approximately 8th century BC. As you can imagine, before the 17th century, people believed that it was actual blood and that it was a bad omen. Now, we don’t have all the answers but at least we know it’s not a bad omen or punishment from God. 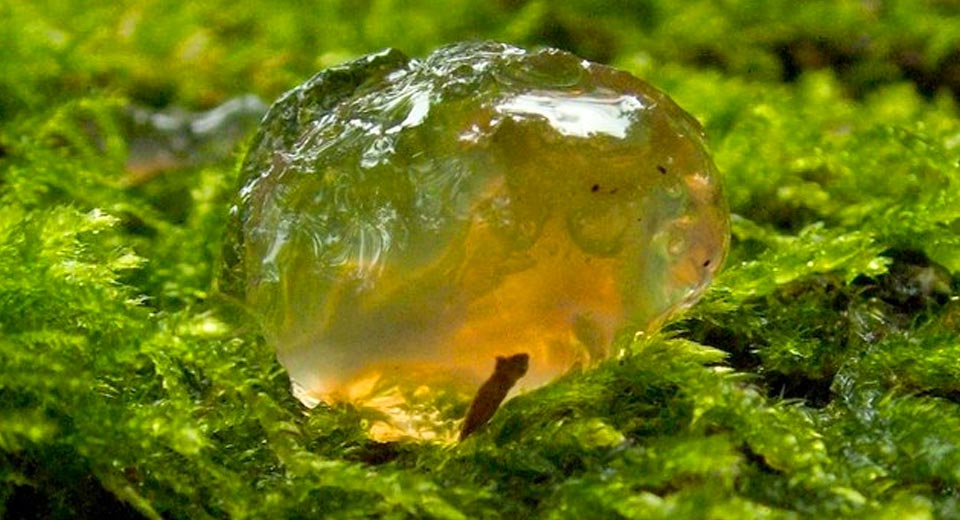 In 1994, instead of rain, a small town in Washington was hit with little gelatinous blobs. The mysterious blobs of rain are usually half the size of rice grains.

Sunny Barclift who lives in the town was shocked by the events of blob rain when her farm was especially hit by the bizarre events. When the State Department of Ecology examined the weird phenomena, they found something that could be bits of jellyfish in the rain. It could be that pieces of jellyfish were blown up by hard winds over the oceans and carried through the air by strong winds.

For some, this could be the worst nightmare that you can imagine. A cloud of insects creates a vortex which is called bugnados and fly around uncontrollably. The bugnados phenomena can look frightening and you definitely don’t want to find yourself in the middle of this vortex.

They can’t really cause serious damage, except the psychological damage of witnessing this horrific event. The insects known as midges are harmless but crop-destroying creatures.

Joe Keiper, an entomologist at the Virginia Museum of Natural History said:

“Fortunately, they really don’t do us much harm (though) they can be a nuisance. You don’t want to ride your motorcycle down the road through them with your mouth open.”

Scientists don’t have a final explanation for this mysterious event.

Spectacular Tennis Action from Week One of the US Open