For those of you who have not realized it yet, allow Gildshire to be the first to welcome you to 2020 with a handful of money. Oh, it isn’t our money, of course, but rather your money. That is if you happen to be in one of the 24 states where minimum wage went up Jan. 1. This marks the largest single-day of state-mandated wage increases in our nation’s history. While the wage hikes will do little to address this country’s enormous gap between those who “have” and those who “have not,” the news is nevertheless welcome. In low-income states, families that struggle to put daily necessities on the table will find some relief. At the same time, families in higher-wage paying states may find next month’s rent easier to pay. Welcome to 2020.

“These are the states. There is a federally mandated minimum wage, isn’t there?”

Yes, the federal minimum wage is $7,25 an hour. It hasn’t changed for a decade.

“Seven and a quarter? How can anyone, much less a family, expect to get by on that?”

The Congress has tried to address that issue. The Democrat-controlled House of Representatives passed legislation that would gradually bump up the federal minimum wage to $15-an-hour by 2025. But Senate Majority Leader Mitch McConnell won’t let it come to a vote in Congress’ upper chamber. That’s why state legislators have had to take up the matter. It is also why you see such a disparity between states. Even states that border each other.

Tell us about the states where the minimum wage went up!

Okay, let’s begin with the states that are receiving the smallest increases, starting with New York. Minimum wage levels in most of the Empire State went up 70 cents to $11.80 an hour on Jan. 1. Next year, the minimum wage will hit $12.50. New York City workers, where the cost of living is higher, must be paid $15-an-hour right now.

Missouri gave its workers a $.85 increase on Jan. 1, 2020. That brings its minimum wage to $9.45, and minimum wage workers in the “Show Me” State will receive another 85 cent bump one year from now.

Maryland’s minimum wage jumps $.90 this year. There are plans for it to go higher next year, as well, but plans can go awry. Maryland’s new minimum wage is $11.00 an hour.

It looks like we are about to get to states that raised their minimum wage by a buck an hour or more.

Right you are. Let’s start with New Jersey. Minimum wages in the Garden State increased from $10 to $11-an-hour Jan. 1. The state is aiming to have a $15-an-hour wage in place by 2024. But, see what we said about Maryland’s plans.

Maine did an interesting thing with their minimum wage. The minimum went up from $11 to $12 an hour Jan.1, and future increases will be tied to the inflation rate. 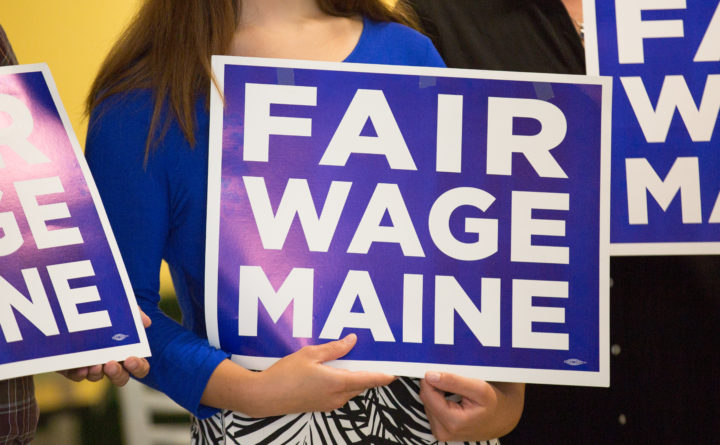 Illinois bumped its minimum wage up $1.00 from $8.25 to $9.25. Another 75-cent increase takes effect in July. That’s excellent news because Illinois was well behind most of the rest of the country, and $1.75 in six months will help.

California’s minimum wage is increasing, but Californians have found a new way of doing things. (Like you’re surprised.) The state minimum is going up $1.00, from $12.00 to $13.00. Some California cities are going further. San Francisco’s new minimum wage is $16.61 an hour.

So minimum wage earners in Washington can afford rent!

Yes, most places in the state. Workers in the Seattle area still struggle even at that number. That’s why there are movements and referendums to go even higher in some places.

Exactly, but that is fodder for another article. This one is about good news to many hard-working citizens toiling under minimum wage. Happy New Year to tens of thousands of you, and welcome to 2020.

Happiness and Achieving Goals: Why Are You Happier While Achieving Your Goal than You Are After