For as long as there have been campfires, people have been telling scary stories around them. With the birth of the internet, horror found a new venue. Known as “creepypastas,” these dark tales have taken on a life of their own, and tragically, in the case of Slenderman, they sometimes seep into reality. 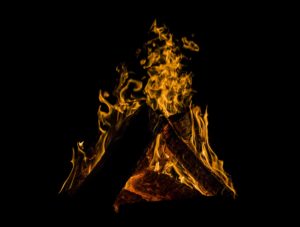 The word “creepypasta” is a play on “copypasta,” which is slang for text that’s copied and pasted repeatedly all over the internet. This made it hard to track down the original source, or confirm the reality or fantasy of the story. The first creepypastas appeared on one of the 4chan boards dedicated to the paranormal. 4chan is a site where people can anonymously post images or text on countless topics.

The first creepypastas tended to fit into one of a few formats, though they almost always were in first person. An anonymous person told a story about an experience or a piece of media they found, often like cassette tapes, video games, or “lost episodes” of popular TV shows. One of the most famous was “Squidward’s Suicide,” where someone who supposedly worked on Spongebob Squarepants discovered an unaired episode where Squidward committed suicide. Experience-driven creepypastas often borrowed from existing urban legends, which added realism. The best creepypastas ended up creating urban legends of their own. Slenderman is arguably the best-known creepypasta character, and appears in numerous stories by different authors. He has since been featured in his own video games and movies.

In 2008, Creepypasta.com launched, and authorship became more important. With so much attention on stories, wanna-be authors saw an opportunity to get discovered. Stories could be archived, too, which changed the old way of copying-and-pasting until the original was lost. In 2010, The New York Times wrote an article about creepypastas, cementing their place as a cultural touchstone. More creepypasta websites appeared, and it became more clear that the stories were indeed fictional. Still, every now and then, you’ll see people falling for stories like “The Russian Sleep Experiment,” which is about five people kept awake for 15 days who gradually descend into madness. Peppered with dates and references to real-life events, it seems believable at face value. If you weren’t familiar with creepypastas, it’d be easy to fall for. 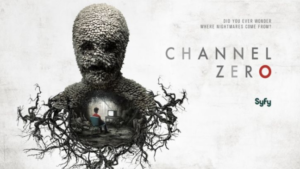 While more intentional credit-sharing changed what creepypastas originally were, it did protect artists, especially those who never intended to write creepypastas. In 2009, Kris Straub published a story on his website called “Candle Cove,” where he formatted it like a comment thread. However, he put his name on it, and never planned on it becoming a story that people actually believed. As soon as it got copied-and-pasted to various sites, his name disappeared. He’s since been vindicated, however, as the Syfy channel adapted the story into its first season of “Channel Zero,” giving him credit.

In 2014, the world experienced the impact that creepypastas can have on young minds. Two young girls lured their friend to the woods and stabbed her. Their motive?  To prove their devotion to Slenderman. The attackers were both found not guilty by reason of insanity, with one committed to a mental facility for the next 25 years. The other is still pending. The case appeared in the news again as Sony prepared to release “Slender Man,” the first major film about the character. The families involved in the stabbing case have expressed outrage, saying the filmmakers are exploiting a tragedy. There are petitions to stop its release, but given the human appetite for the macabre, the attention might only draw more viewers.

A fan of being scared? Check out these horror movie locations you can visit.

Do You Wanta Fanta? Origins Of The Orange Soda