What is the Difference between Pansexual and Bisexual

What is the difference between being pansexual and bisexual? What does pansexual mean? Mainstream media and pop culture normalized sexual fluidity today. As a result of that more and more people are perceiving themselves as pansexual. According to a Human Rights Campaign from 2017, approximately 14% of respondents of their survey identified as pansexual. This number doubled when compared to 2012. People needed the name and definition to explain how they feel and identify.

What is pansexual? People identify as pansexual in different ways. The most common understanding is that an average person who identifies as a pansexual report attraction to anyone. This means regardless of their gender at birth or gender identification. “Pan” means “all”, so pansexual includes attraction to someone who is transgender, nonbinary, cisgender, bigender, or any other gender. Psychologist, Akilah Sigler explained:

“As someone who identifies as pansexual, I define pansexuality as being attracted to people located anywhere along the spectrum of gender identity. But I do want to say that most of the terms that define sexuality are expansive. There are many nuances in the ways that different people define and experience their pansexuality.” 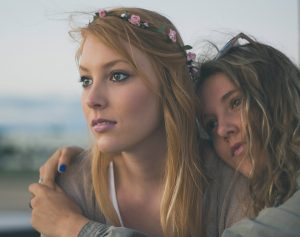 What is the Difference between Pansexual and Bisexual?

Pansexual people report attraction to someone based on their personality not their given gender. The most important thing to someone who is pansexual is personality including all genders or however you identify. This means that gender does not play any role in attraction. As Jesse Khan, sex therapist and director at The Gender and Sexuality Therapy Center in New York City explains:

“This may mean that someone’s gender is not a determining factor in desire to have sex with or date. Possibly even that gender is irrelevant in terms of someone’s attraction.”

What is the difference between bisexual and pansexual?

Pansexual and bisexual as two different sexual orientations can overlap. The main difference is people who are bisexual are attracted to two or more genders while pansexuals are attracted to anyone regardless of gender. Being pansexual is an attraction to all types of people. Bisexuality is the attraction to two or multiple genders which do not necessarily include all genders. Some believe that pansexuality is a type of bisexuality.

“There’s the misconception that bisexuality people are only attracted to bigender people or maybe inclusive of transgender individuals who fit in the binary, but that’s not necessarily inherent in the definition. There may be some bisexual people who that is true for, but there are also many bi people who that doesn’t resonate for them.”

It is important to avoid the misconception related to bisexuality especially that it is only binary or that it involves only women and men since that’s not the case in reality. Furthermore, Khan explains that it is not all about the definitions but the importance of how each person feels and identifies.

At the end of the day, our identity is very personal. It is important to follow your truth and pick whichever feels right to you without judging what other sexual identifications might mean. Therapy can help, especially when it comes to intimacy in a pansexual relationship. Therefore consider ReGain, an online therapy service.

Is Europe Ready to Open After COVID – 19 Lockdown?

How to Staycation During This Time of Social Distancing

How to Make the Most of Spaghetti Squash