What is the Japanese’ Secret to Longevity

written by Emmaline Soken-Huberty May 5, 2020

On July 5, 2015, Sakari Momoi died in Tokyo. In his younger years, he served as the principal of a high school and loved Chinese poetry. He was also the world’s oldest man at 112 years old. His story is not so unusual in Japan, where women have the longest average life spans in the world at 87 years old. Japanese men come in at #8 at 80 years old. The elderly in Japan are also not like the elderly in other countries; they stay active, disability-free, and often independent right up to the day they die.

What is the Japanese’ Secret to Longevity?

One of the factors appears to be the traditional Japanese diet. Meal staples include rice, fish, tofu, and vegetables like seaweed and shiitake mushrooms. Fish is high in protein and vitamins like B6 which help repair the body. Tofu is cholesterol-free and also high in protein. Unlike most Western countries with lower life spans, the Japanese do not eat as much processed food, food high in fat and calories, or red meat. 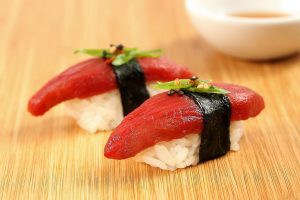 There is also a cultural difference between Japan and countries where people don’t live as long. The concept of retirement is not as prevalent in Japan as in other countries. It is not uncommon to find people in their 70’s, 80’s, and even older who still work and are active in their communities. This is especially true in Okinawa, a tiny Japanese island known for thousands of years as “The Land of the Happy Immortals.” There’s a culture of caring for the elderly, so centenarians are not only living longer, they are living better.

Studies have also shown that there may be a genetic link present in Japan when it comes to old age. The Okinawa Centenarian Study discovered that people who live to 100 and over actually have a genetic reduced risk for autoimmune and inflammatory diseases. The same goes for siblings of those who live to 100. Of course, genetics is just one piece of the puzzle. Most researchers believe it is the combination of a healthy diet, an active lifestyle, and genes that explain why the Japanese live so long.

What are the Pressure Points for Sleep?

Why Setting Aside Time To Relax Is Crucial...

How To Make Avocado Leaf Tea