Home » Healthy Lifestyle » What is Veganism?

Thanks to the growing number of celebrities who have adopted this lifestyle, veganism has become much more mainstream than in the past. However, there is still a lot of ignorance and confusion about what veganism really is and why it got started. Educate yourself with these five key facts:

1. Vegans can’t eat or use any animal.

Vegans differ from vegetarians because they don’t eat animals or animal products. This includes milk, eggs, cheese, honey, mayo, and gelatin. “Ethical” vegans also can’t use any animal products, such as wool, leather, fur, and medicines that contain animal products.

Donald Watson came to the belief that vegetarianism didn’t go far enough in protecting animal rights, and so created the Vegan Society newsletter that explained why using animal products was just like eating them. 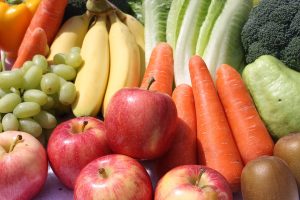 3. Veganism can lower a person’s risk of cancer.

A study of women who followed the vegan lifestyle found that they had a 34% lower rate of breast, cervical, and ovarian cancer. In fact, another study by a Nobel Prize-winning scientist revealed that going vegan “turns on” 500 genes in the human body that prevent serious illness, in only 3 months.

4. In order to get important vitamins, vegans have to eat specific fruits/veggies and take supplements.

One of the hard things about going vegan is getting the vitamins found in meats and dairy. For calcium, vegans eat broccoli, collards, kale, and Chinese cabbage. For vitamin D, they have to increase their sun exposure or take supplements.

5. Veganism has grown in popularity in part because of how many celebrities follow the diet.

Ellen Degeneres, Natalie Portman, and Jared Leto are just three of the stars who have gone vegan. “Bones” actress Emily Deschanel has been a vegan for 20 years, while singer Carrie Underwood recently went back on the diet after taking a break while she was pregnant.