Home » Our World » What Sports Are Reappearing During COVID-19

Color us both impressed and shocked. We got up this morning, and put our writing togs on prepared to write about how the owners and players of Major League Baseball had kicked an opportunity. It appeared that greed and stubbornness on both sides were going to end any chance of baseball at a time when fans are desperate for sport. At a time when we watched 25-year-old footage of Michael Jordan basketball games as if they were happening live, baseball was going to spit out a chance to be relevant. But, by all accounts, cooler heads prevailed, and baseball will be back, joining basketball and hockey with shortened schedules. So, while we still have writing togs on, our focus today will be on the positive. Here are the plans for basketball, hockey, and baseball. It appears, even amidst COVID-19, sports are reappearing.

Tell me about baseball first.

At this hour, the plan for baseball is still being finalized, but this is what we know so far.

The season will begin July 19/20, and 60 games in 70 days will be the planned duration. At the end of the season, eight teams from each league (There are only 15 teams per league!) will participate in the postseason. The season would end in late-October. 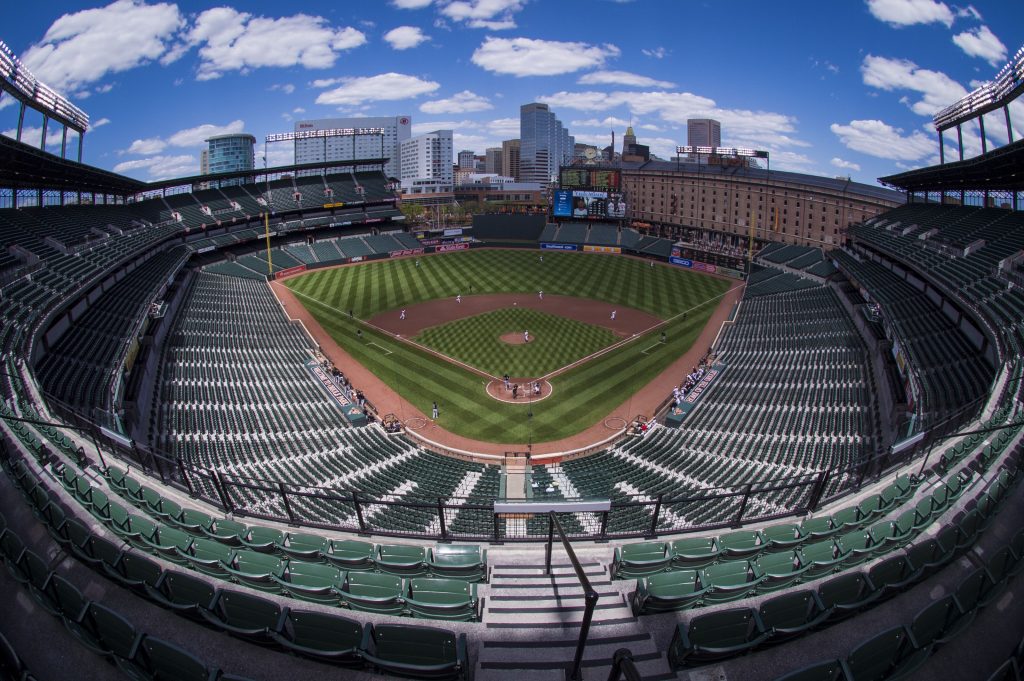 What Sports Are Reappearing During COVID-19: Even amidst COVID-19, sports are returning…but in front of empty stadiums.

The end of the season is about when it would have ended under normal circumstances. The players had wanted the season to conclude closer to Thanksgiving. Apparently, Dr. Fauci from the Center for Disease Control said that it was a bad idea with another COVID-19 wave likely around that time.

Now tell me about hockey.

The NHL, which, like football, cannot social distance, announced its plan for a return to action. The National Hockey League will conduct a 24-team tourney to crown the Stanley Cup champ. That excludes seven teams from competing. The league plans to use two hub cities, without fans present and beginning play later this summer.

The National Hockey League plan includes an outline for a return of the players to team training facilities before formal training camp.

“At the pause, we committed to resuming play only when appropriate and prudent,” NHL commissioner Gary Bettman said in a statement. “We are hopeful the plan will allow us to complete the season and award the Stanley Cup in a manner in which the health and safety of our players, on-ice officials, team staff, and associated individuals involved are paramount. Accordingly, an essential component of the plan is a rigorous, regular schedule of testing.”

Do we know where the games will be played?

We do not. The cities reportedly in the running include Chicago, Columbus, Dallas, Edmonton, Las Vegas, Los Angeles, Minneapolis/St. Paul, Pittsburgh, Toronto, and Vancouver.

That seems odd, but okay. How about the NBA?

The National Basketball Association plan for a return to play has been fraught with starts and stops. But here is what we know, so far:

All twenty-eight team player reps approved a plan, which involves twenty-two teams at Walt Disney World to finish the 2019-20 season beginning July 31st. The teams will play eight regular-season games, and the playoffs will follow the usual format. Players will be tested daily, with a minimum one-week quarantine for a player testing positive.

“Of course we’ve always been looking for whether or not there is an appropriate and safe way that we can resume basketball,” Commissioner Adam Silver said, “and knowing that we’re going to be living with this virus for a while. … We’ve been exploring with the players whether there can be a new normal here.”

Without fans present, the league has discussed pumping fan noise into the arena courtesy of NBA2K. But, a decision on that has not been reached at this time.

So, baseball, hockey, and basketball, while football begins its own ramping up and testing procedures. After months without sports, and amidst COVID-19, sports are gradually reappearing.

Virtual Wellness: Get Fit and Stay Healthy From Home