What to Expect Out of the 2018 World Cup 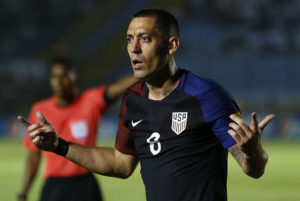 When the US Men’s Soccer Team failed to make the field for the 2018 FIFA World Cup the news reverberated across the futbol world. Not that the U.S team was expected to make a run at the title. Goodness no, the squads from any of 100 tiny countries would have a better chance than would the U.S. team. That said, news of the Americans’ elimination from consideration meant the television ratings in this country would go “Kersplat.” Fox Sports would make a game effort to keep interest high. Talk show hosts bravely doing “23 and Me” tests on the air showed Fox’s efforts to hold up interest. But, to little avail.

So, what are we to do? Shall we ignore the world’s largest sporting event? Wouldn’t that seem like pouting? Indeed, it would. So here are some storylines to watch as nations not our own vie for what is arguably the most coveted sports trophy in the world. The questions were from loyal readers. 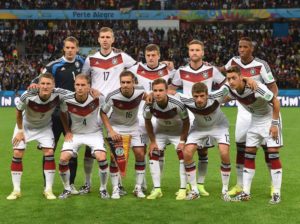 Who is the defending champion? Germany won it all in 2014.

So are they likely to win it again? There hasn’t been a repeat champion in 56 years, and it took the legendary Pele to lead Brazil to that win. Italy repeated in 1934-38.

So, you’re saying they WON’T win. Not that either. Germany has a strong squad. Perhaps the strongest squad. But, it won’t be a Golden State Warriors/Cleveland Cavaliers style walkover.

You mentioned Germany. Who else is good? Brazil and Italy always put a good squad on the pitch.

The World Cup is in Russia this year. Isn’t that right? Correct, which leads us to the next point we want to make.

And, that is…Russia ended up with one of the most forgiving groupings in the World Cup, (funny how that seems to happen for host countries) combining with Uruguay, Egypt, and Saudi Arabia to make up Group A. Expect Russia to win that group, advancing to the Round of 32, even though their international ranking is nowhere near Top 32.

If Russia gets the easy draw another group of teams must have gotten shafted. The hardest based on world rankings is Group C. France (Ranked No. 7), Peru (No. 11) and Denmark (No. 12) are all in the top dozen with Australia (No. 36) rounding out the quartet. Group C may not be the group of death as we have seen in previous World Cups. But, it is a tough group out of which to escape.

Hey, I just thought of a question! Let’s hear it.

Now that sports betting is legal in this country, I can bet on the World Cup! Who should I back with some of my money? The favorites to win are Brazil and the aforementioned German squad. Don’t be surprised if those two squads are among the last four standing. Spain, Argentina, France, and Belgium are right behind the two favorites when it comes to odds and betting lines.

What if I want to make a killing? The odds on Panama and Saudi Arabia are about 2000/1.

Then those are my teams! Good luck. (You’re going to need it.)

Tell me the truth. Are you going to watch? Gildshire won’t be as glued to the action as we would be if the U.S. was there. We don’t mind admitting that. But, these are world-class athletes laying it on the line for individual and national pride! We’ll watch our share of matches from the get-go, and more as the tournament comes to a climax.

I will watch, too. But, I have different reasons. You mean, besides Panama and Saudi Arabia?

Yes, besides those two teams. My sports alternative are baseball games between the Oakland A’s and Minnesota Twins. So, Go Panamanians! Go Saudi Arabians!