Home » Style & Creativity » What is “Anti-Fashion”?

The importance of conforming to current fashions and styles of the day is a social convention that the majority of adults throughout the Western world not only accept but fully understand as well. Most people know that wearing a style that was popular 15-20 years ago runs the risk of a person appearing gauche or out of touch, drawing subtle criticism from those around them. However anti-fashion, an umbrella term for various styles of dress that are contrary to fashions of the day, enables a person to deviate from said reality by essentially dressing however he or she pleases. Indifference, apathy and the overall view that fashion is a secondary priority for what constitutes today’s anti-fashion belief system. Anti-fashion is the personal mantra for those who have chosen to live by it.

Historically, anti-fashion began in the early 1900s with Gabrielle “Coco” Chanel. She developed the “poor girl” style where wealthy women would wear clothes that appeared inexpensive but were in fact of superior quality and design. Essentially, the idea was for clothing to be as understated as possible. Later, in the Fifties, women chose to do away with fussy poodle skirts and fitted sweaters. They opted instead to wear jeans and simple t-shirts as a form of personal protest against restrictive societal gender norms prevalent during that era. However, the most recent incarnation of the anti-fashion movement occurred in the 90s. Grunge took over, resulting in young people across the globe eschewing name brands in favor of jeans. Plaid and even more plaid became popular.

Designers, in turn, jumped on the bandwagon and capitalized from the trend. Ironically made it fashionable to be “anti-fashion”. Today, small companies such as Buck Mason are catering to those who continue to ignore current trends in favor wearing classic clothing that fits their personal style and taste. The company is a small L.A startup founded by Sasha Koehn and Erick Schekenberg. Their company was featured on the ABC hit show “Shark Tank”. The line focuses on menswear with a classic and minimalist feel that doesn’t feature logos or any visible brand names. The designers strive for their line to have a modern yet traditional look. 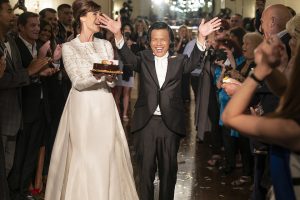 Therefore, for those who have already taken the anti-fashion approach with respect to their wardrobes, there are retailers who can and do accommodate them.

However, for the many are only considering it, they need only look to Prince Charles for inspiration. The prince likes to wear clothing that is not particularly in style but suits his personal taste. The HRM has done since he first came on the scene. Therefore, if it’s good enough for the future king…

Five Mistakes to Avoid When Meditating