What’s the Problem with Paleo?

What’s the Problem with Paleo?

The Paleo diet is one of the most popular diets these days and has been adopted by celebrities like Anne Hathaway and Jessica Biel. The idea is that a person is healthiest when they’re only eating food that was available during the Paleolithic era. That includes grass-fed meat, lots of vegetables, and some fruit. Any processed food, dairy, and wheat are not allowed. The health benefits are supposed to include more energy, a stronger immune system, and weight loss. However, as the years go by, more research has shown that the Paleo diet may not be all it’s hyped up to be. Here are the top four criticisms:

The Paleo diet is just for rich people 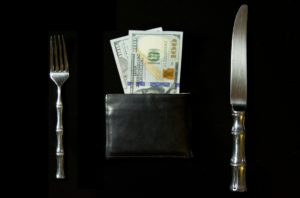 What’s the Problem with Paleo? Eating all-organic all the time is expensive

To be truly Paleo, the quality of the food you’re allowed to eat is essential. That means all organic, all-natural, pasture-raised, grass-fed, and so on. That’s not cheap. I’ve been shopping for organic produce before, and one tiny zucchini can cost two or three times as much as a much larger, not-organic one. Supporters of the Paleo diet advocate going to farmer’s markets and shopping online, but what about people who don’t have access to bountiful local markets? As for shopping online, it’s still more expensive than buying grain-fed or not-organic food at a regular store.

The big idea behind the Paleo diet is that cavemen were healthier than humans today. However, is that true? More research has shown that the average lifespan for Paleolithic humans could have been as young as 18-years old. The comeback is that their short lives weren’t caused by diet, but one study revealed mummies had hardened arteries. The researchers concluded that heart disease is just part of human aging, and isn’t linked to any particular diet. That would make eating Paleo to stave off heart disease kind of a moot point.

Paleo dieters like to eat unprocessed food because they say it’s what their distant ancestors ate. However, food has evolved significantly in 2.5 million years. An apple today – even an organic one – is very different from what it would have been in the past. Humans drove food evolution in selecting the strongest and tastiest vegetable and animal for breeding. Any benefits that cavemen might have enjoyed from their food aren’t necessarily going to translate to modern humans, because our diets are arguably totally different.

The Paleo diet eliminates too many healthy foods

The major issue experts have with Paleo is that it eliminates foods we know are healthy, like whole grains. This puts a dieter at risk for micronutrient deficiency. This is when you lack a specific vitamin, like Vitamin D or calcium, which are found in dairy. A deficiency can cause a host of health problems like heart disease and osteoporosis. Paleo supporters will say you can eat Vitamin D and calcium from other sources, but the diet eliminates the best source for those vitamins, which is a problem.

What these criticisms show is that the Paleo diet isn’t perfect. However, its elimination of processed food is no doubt a healthy choice, so it’s up to each individual what they glean from the Paleo diet, and what they choose to ignore.

A lot of celebrities are on the Paleo diet, and while it has its problems, it isn’t nearly as dangerous as these eating lifestyles.