Home » Our World » What’s The Purpose Of Virtual Reality?

Virtual reality is now, truly, a reality thanks to devices like the Oculus Rift. You can now immerse yourself in games and movies, blurring the line between fantasy and the real world. However, what else can VR do? What’s the point? 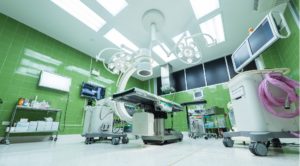 VR has the potential to transform how the healthcare system works. Many are already jumping on board, and using simulations to help surgeons of all experience levels hunt for tumors in software-rendered patients, and even practice entire surgeries before the real thing. For those on the receiving end of medicine, VR could provide more engaging recovery options for stroke and brain-injury survivors. Re-learning everyday activities can occur within a VR space, making the exercises like games.

Mental health is one of the trickier areas of healthcare. VR could become a standard part of therapy for those recovering from conditions like PTSD, OCD, phobias, and more. Instead of having to face their fears in real life right away, people could enter VR first. This type of tech already exists with programs like Guided Meditation VR, which provides Oculus-users with four relaxing immersive environments. Right now, VR is actually one of the most used treatments for PTSD.

Crimes could come alive for juries, with 3D virtual-reality reconstructions of crime scenes and events. Just hearing a lawyer explain something can be boring and confusing without visual help. VR could change that and make a big difference when it comes to deciding whether or not a suspect is guilty. Scenes like this one from a Batman game could become commonplace in the courtroom. 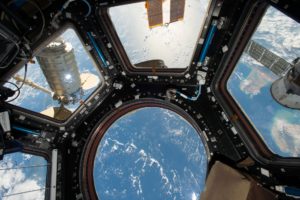 Most of us don’t think about the nitty-gritty of space travel and exploration, but it is difficult. VR and motion-sensing equipment used for gaming consoles could allow scientists to control robots on Mars, and prepare for one day walking on the red planet. To bridge the gap between space travelers and the public, NASA revealed what it’s like to move around in a spacecraft at CES, a big event for new tech.

Like space travel, it’s hard to prepare for battle until you’re right in the middle of the real thing. VR would allow soldiers to experience wartime scenarios in a more realistic way, and allow for more complex scenarios that are too expensive and difficult to recreate outside of virtual reality. Right now, the military uses VR to help train soldiers to jump from planes.

One of the biggest venues for virtual reality is education. Programs that teach everything from safe driving to stocks are being created. Remote learning could put students right in a classroom, instead of just alone in their rooms staring at a screen. People can visit museums thousands of mile away and experience what it’s like to walk through each room. With VR, the possibilities are endless. 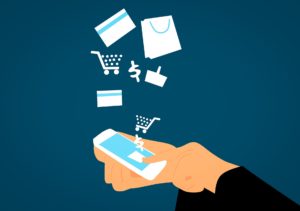 Are physical stores dying off? With VR, you could walk into a store, shop around, and buy your items without ever leaving your house. It’s like online shopping on steroids. Major companies are already anticipating the change. Amazon is working on it, while IKEA uses VR tech to let customers design their own rooms. Right now, a lot of the apps and programs are animated, so realism isn’t quite there yet, but it’s coming.

Quantum computers are another major piece of tech that will transform our world. What are they exactly?