Home » Our World » What’s the Link Between Anxiety and Gut Health?

Anxiety is the most common mental illness in the United States. It can be caused by a number of factors including genetics, your environment, and so on. Like all mental issues, anxiety takes its toll on your physical body, too. Studies show a connection between anxiety and gut health, but more interesting than that, research reveals that it goes both ways. This means that anxiety can cause poor gut health, but also be caused by poor gut health, as well. What’s the link between anxiety and gut health?

Before we dive into the topic, let’s talk about anxiety a bit first. This mental illness affects 40 million adults (people who are 18+) in the United States. There are a few types of anxiety, including generalized anxiety disorder. Women are twice as likely to be affected as men, but this could be because men have been socialized to ignore their feelings or get treatment. Another type of anxiety, panic disorder, affects 6 million people in the US, and again, women are twice as likely to be affected. Social anxiety disorder, which affects around 15 million adults, is actually split fairly evenly between men and women. While it is very treatable, less than 40% of people with any anxiety disorder actually seek out treatment. Anxiety can form because of genetics, brain chemistry, life events, and so on. 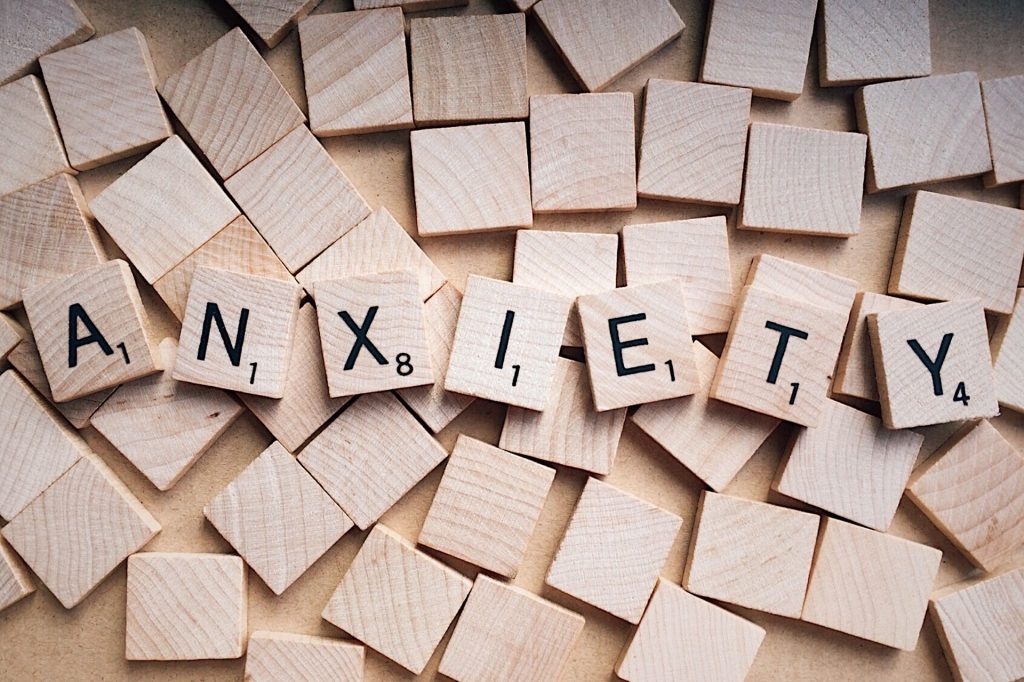 Anxiety is a mental illness that affects 40 million adults (people who are 18+) in the United States.

What’s the deal with the gut? It’s a surprisingly complex system. It actually hosts 70% of the body’s immune system. The part of the gut known as GALT, or gut associated lymphoid tissue, is responsible for a lot of the elimination of pathogens. The trillions of bacteria in your gut, called the gut microbiome, are also very important. Your gut doesn’t only hold immune cells, however, it’s also home to over 100 million brain cells. 95% of the body’s serotonin, molecule which plays a huge role in your mode, are also found in the gut.

The anxiety and gut health connection

Given what we know about anxiety and the gut, it makes sense that the two are linked. When you’re nervous about something, odds are your stomach will hurt or you’ll even find yourself with digestive issues. The symptoms of chronic gut disorders like IBS get worse when the person is anxious.

Studies support the anxiety/gut link. One study showed that certain bacteria groups raise a person’s risk for mental health issues, while another implied gut bacteria influences mechanisms in the brain and can cause anxiety. Early in 2019, a group of researchers from the Shanghai Mental Health Center took a close look at 21 studies to see if gut health played a role in anxiety. All together, the studies examined over 1,500 people. 11 out of the 21 studies – which equals 52% of the studies – showed that when people regulated their gut bacteria, it helped reduce anxiety.

Specifically, that regulation took the form of probiotics. Of the studies that involved probiotics, 36% concluded that yes, probiotics were an effective method against anxiety symptoms. Even studies that didn’t use probiotics but still tackled gut bacteria showed promise.  Based on their analysis, the Shanghai team said that “regulating intestinal flora,” along with psychiatric drugs, could work to combat anxiety.

This is really significant, because many people with anxiety aren’t able to use drugs for whatever reason. Regulating their gut bacteria could be an alternative. Even if someone can take medication, they may want to try something else in addition to the pills.

You know about the anxiety and gut health connection, but did you know there’s a link between boredom and anxiety, too?