Where Do Supermarkets Shop?

Bob Moore, the founder of Red Mill signs his book at the The Fancy Food Show at the Jacob Javits Center in New York City (Photo: Lev Radin/Gildshire)

Can you imagine how large supermarkets figure out what to bring to their stores and stock on their shelves? They have to go shopping too! But their store is quite a bit larger than any of ours! Every summer the Jacob Javits Center in New York gets transformed into a vast international food bazaar with every food imaginable and beyond. The Fancy Food Show, as it is called, is for the professional in the food business. It is the largest marketplace in the Americas devoted exclusively to specialty foods and beverages. How large is it? I walked around for the three days of the show and only managed to cover two-thirds of the exhibitors. The total square footage is 360,000. That includes over 2,400 exhibitors, most with many items they want you to taste. Yes, I am human and can only sample so many tastes in a day. At first it seems like paradise until I hit the wall! After that I can only admire the beautifully displayed foods and photograph them. Around half the exhibitors are from over 50 foreign countries. For the U.S., some states have pavilions with multiple exhibitors that are organized to promote their states. The home state of New York boast the largest state presence with 239 food companies. 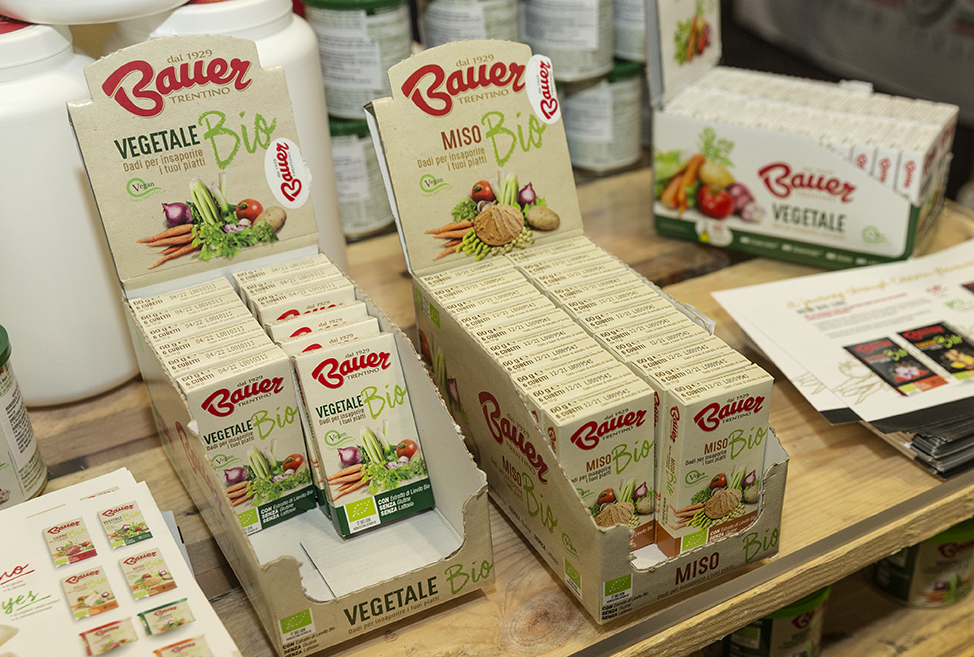 The 34,000+ attendees consist of food buyers from top names in specialty retailers, grocery, and foodservice, along with distributors and reporters and photographers, such as myself. There are cooking demonstrations and seminars ranging from how to start a food company to marketing strategies and how to stay competitive, as well as new trends and technologies in the food business. Seeing all the world’s specialty foods under one roof really gives an excellent picture of what is popular and from where. The spirit of entrepreneurship appears to be alive and well. Inventors of new ideas in food are eagerly seeking out potential buyers. Inflated claims of the nutrition and health benefits are all too common but the undisputed test comes in the tasting. If you are squeamish about tasting something, like baby eels or some of the hottest peppers in the world like the Ghost Chile and The Reaper, just take a few steps to the next exhibitor and have a delightful morsel of Peekaboo vanilla ice cream with hidden zucchini. Where else besides Africa can one sample of products made from the fruit pulp and powder from the seeds of the Baobab tree, a so-called superfood from Africa with immense picturesque trunks with a lifespan of over thousand years? It is very encouraging to see sustainable farming life and trading going on in some of the most hostile regions of the world like the socially responsible company, Ziba Foods, working directly with empowering women on small-scale farms and cooperatives in Afghanistan to produce for export artisanal dried fruits and nuts. 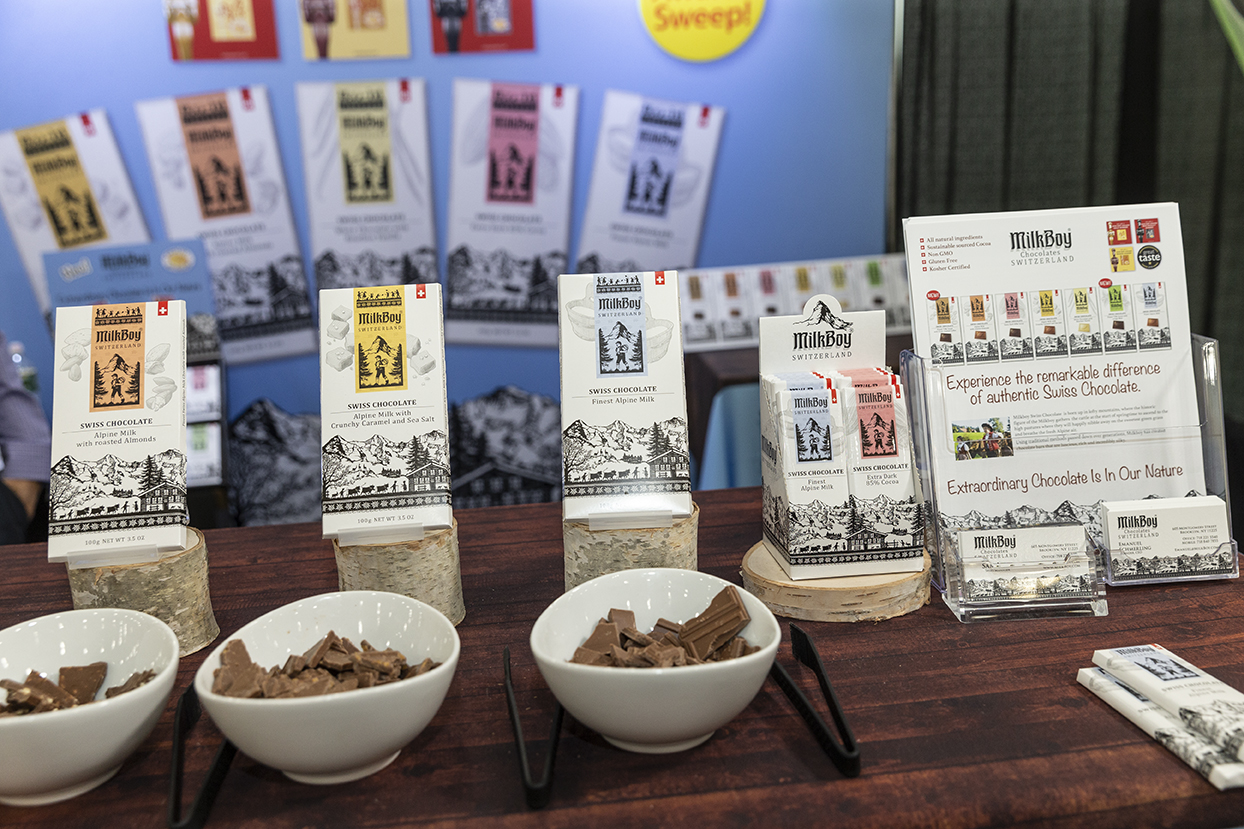 In short, this show is a good idea in stimulating the food industry and we all benefit. The Specialty Food Association produces the show, which consists of food artisans, importers, and entrepreneurs. It helps new companies get off the ground and promote their products so that potential buyers may learn about them. Even students may launch new products at the show through affiliated universities and food laboratories at what is called the Incubator Village. For example, Oregon State University has a Food Innovation Center to help entrepreneurs develop new foods where some of the greatest innovations originate, such as finding new ways to farm and market seaweeds.

The sofi (specialty outstanding food innovation) Awards are given out in 39 categories that cover 148 specialty food products. For example, there is a category for dark chocolate, another  one for milk and white chocolate, and yet another for chocolate candy. That is not the only categories where chocolate may appear. A new product from SuperSeedz in Connecticut was de-hulled pumpkinseeds covered with dark chocolate and salt won the Gold in the category of best Sweet Snack. The taste testing for the awards are done in advance by a panel of blind judges so anyone can win from an individual founder of a local company just starting out to a major company that has been around forever. The winners get a major boast in publicity and sales.

At the end of the show any leftover unopened food gets donated to City Harvest. Last year exhibitors donated more than 8.5 tractor trailers full of specialty food to help feed the hungry in New York.

Moons That Leave Their Planets

Is Coconut Oil Better For Your Health Than...