Home » Our World » Who Is History’s Most Prolific Inventor?

If someone were to ask you who was the most prolific inventor in history, you might say, “Thomas Edison.” Edison was responsible for thousands of inventions, including the lightbulb, the phonograph, an early form of fuel cell technology, and audio recording devices. However, there are several inventors who have surpassed him. Kia Silverbrook is at #1 with over 4,000 U.S. patents to his name. He has created products in dozens of fields, including video/audio production, genetic analysis, internet software, and digital printing. Companies like Google and Apple bought many of these inventions.

Who has the most patents in the world? 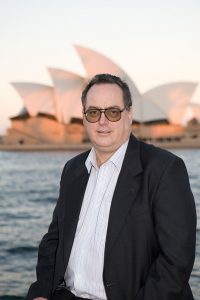 Who Is History’s Most Prolific Inventor? Kia Silverbrook

Silverbrook was born in Australia in 1958. By 19, he was working at a company that developed the world’s first digital synthesizer in 1979. This instrument has now become a staple in electronic music. It was quickly adopted by 1980s by musicians like Kate Bush and Peter Gabriel. When Silverbrook was 27 he founded his own computer graphics company, and his long career in invention took off. Since those days, he has been a part of and founded companies like Silverbrook Research which researches and develops all kinds of innovative products. One of the group’s biggest accomplishments was inventing Memjet, a high-speed color printing technology. When announced in 2007, Memjet was so revolutionary that many people didn’t believe it could actually exist. Currently, printers equipped with Memjet technology can cost over $900.

He is also currently the CEO of Netpage, a software system that turns printed paper into an interactive tool. Using an ordinary iPhone and the Netpage app, you can transform a Netpage-ready magazine into a screen. You can scan your favorite articles, save them as PDFs, and even share them to various social media platforms.

Despite his clear success as an investor, there are lots of people who are quick to question Silverbrook’s label as “world’s most prolific inventor.” He himself is not one to brag, and compares having a lot of patents to “having a lot of legal contracts.” In terms of his personal life, Silverbrook is described as “mysterious” and “secretive.” He often refuses to give interviews to the press. He has run into some trouble with shareholders and employees alike, who accused him of not paying them. Just like Edison did, Kia Silverbrook has his fair share of admirers and enemies alike. Therefore, only time will tell what his legacy will be.

Is Gluten-Free a Fad or Real?