Projecting brain functions on a machine makes a conscious computer. For doing that, we need to understand the brain and origins of consciousness.

Many scientists believe that once we understand brain functions, it should be possible to have a conscious computer. Microsoft announced that they plan to spend $1 billion on a program that will work on this demanding task.

All attempts to build a super machine brain have failed so far. For example, a multi-billion-dollar project from Europe that began in 2013 failed at understanding brain functions and building a computer that is as conscious as humans. Projects in the US are focused on studying the brain rather than trying to project brain functions on computers. 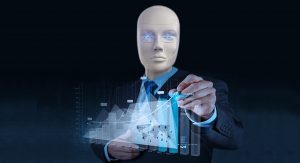 Many researchers believe that the future of neuroscience is closely related to computers. Others believe that consciousness is not something that can be computable. Their basic argument is that the brain has multiple components of experience that can’t project to computers to store data. Brains simply don’t operate like computers. The human brain’s neural connections are active processes between the environment and the subject. From the other side computers, data recorded, is in short-term or long-term memory blocks.

Our brain explores the environment which can lead to changes.  For example, skill learning involves physical changes in the brain such as changing connections between different neurons. A computer cannot replicate such changes. Computers built as conscious machines must able to do so on their own.

What being conscious means?

It’s a difficult topic to explain in one article.  For starters, we, as conscious beings are aware of our thoughts and we can stop thinking about one thing and start thinking about another thing. This could be impossible for a computer since it involves freedom of will, which is not fully understood for human beings. Alan Turing, computer scientist proved 80 years ago that computers could not stop certain activity on their own.

The ability to change a topic that you are thinking about comes like second nature to us. Although, sometimes it can be difficult if it’s repetitive thought, eventually we stop thinking about it. It’s probably not so demanding for our brain when you compare it to other changes in our brain and behaviors that can change the brain. However, changing thought is something that we already can’t project on machines.

German quantum physicist, Werner Heisenberg showed that consciousness doesn’t come from a physical process that can reduce all operations to a basic logic argument. Yet the physical process is what computers are all about.

Our brain is almost limitless and it has major capacity. However, it seems that we humans who have this powerful brain might need to humble ourselves in trying to project their functions to a machine. Again, everything is possible but we are so far away from understanding our brain and trying to create machines that would be consciousness machines.