What Infidelity Can do to Relationships?

Infidelity can ruin relationships and end them for good. It’s not a surprise that infidelity is the main reason for divorce and relationship breakups. Furthermore, infidelity can lead to domestic violence, and it’s strongly related to depression and anxiety.

How Often Do People Cheat?

Infidelity is not as rare as some might think. Infidelity happens in approximately 20 to 25% of marriages. Contrary to what some might believe, men and women, cheat at a similar rate.

Given what infidelity can do, why do people cheat with the risk that it can bring to a relationship, and people’s well-being? What are people’s motives behind cheating? 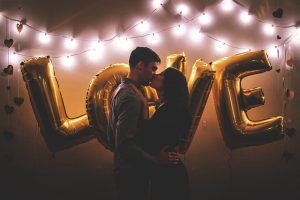 Recently, researchers asked 500 individuals (mostly heterosexual) about cheating in previous and current relationships. All participants shared at least one example of their own infidelity in a relationship. Of 500 participants, 95% of them had one example of their own physical/sexual infidelity in the past. The researcher took a closer look at why people cheat? Here are some reasons researchers have found.

Approximately 77% of participants said that love was gone in their relationship and they fell in love or liked someone else instead of the partner that they were married to or that they dated. This seems to be the main underlying reason why people cheat.

Yes, the other main reason why people cheat is simply boredom. Around 74% of participants mentioned that they were bored and needed something exciting in their life when they decided to cheat. This was the main reason for infidelity for men who participated in the study.

I was Feeling Neglected

It’s not surprising that some decide to cheat because they felt their partner was not giving them the attention that they needed. Almost 70% of participants in the study revealed that the feeling of neglect was closely related to them cheating on their partner. In total, women reported this reason for infidelity more than men.

Many participants reported that they were not thinking about cheating on their partner until it happened usually due to situational factors such as drinking at a party. Men recognized this reason for infidelity more than women.

Yes, people often cheat to feel better about themselves. This is usually related to people who have low self-esteem. Cheating can boost their self-esteem and ego, giving them a sense of importance. Approximately 57% of people who cheated reported this as a reason for infidelity.

Although anger was not the most common reason for infidelity it was mentioned by 43% of participants. When people cheat out of anger, they usually want to punish their partner and they act out of revenge.

The last most common reason why people cheat was simply sexual desire. Approximately 32% of participants reported they were driven to cheat simply because of their sexual desires. Men reported this as a reason for infidelity more than women. Usually cheating because of sexual desires is closely related to lack of sex in a relationship or lack of specific behavior in the bedroom that they want.

So Why Do People Cheat?

These reasons for cheating can be based on our sense of self, the satisfaction that we get from the relationship and situations. There is a great variety of reasons why people cheat. There is no one specific reason since everyone is different and each relationship functions differently. It’s also important to remember that people who participated in the study were trying to recall all the reasons why they cheated in the past. It is possible that their memory is not correct and that they were not reporting the right reasons for infidelity.

The Importance of Honesty