If you’ve taken even a passing glance through a catalog or a furniture website lately, you could be forgiven lately for thinking that you’ve traveled back in time. Mid-century modern furniture has been on trend for several years now. It’s showing no signs of petering out. In fact, it’s actually becoming more ubiquitous and accessible. Where this design of furniture was once limited to higher-end retailers, it now dominates the shelves at places like Target and Walmart. Businesses like Article that specialize in manufacturing and selling almost exclusively mid-century modern design have entered the already-competitive marketplace. But, what exactly is mid-century modern? And why does it show no sign of becoming less trendy?

The origin of mid-century modern furniture is somewhat up for debate. Some sources say the original movement was from around 1933 to 1965. Others classify it as lasting roughly from 1945 to 1975. Still other design historians narrow it down from that broad range to 1947 through 1957. What people can agree on is that the style was widespread in the middle part of the 20th century in architecture and graphic design as well as furniture. And that it is a very particular aesthetic.

In short, mid-century modern furniture was about form over functionality. It stripped away excess and embellishments in favor of clean and simple lines and gentle curves. The style also incorporates both organic and geometric shapes. It owes a debt to the Bauhaus art movement, and to the simplicity of Scandinavian design. You can still find a fair amount of original mid-century modern furniture in thrift stores and vintage furniture shops if you have a keen eye. Its popularity in the 1940s and 1950s and its characteristic excellent craftsmanship means that plenty of it is still available on the secondhand market in mint condition.

Why is mid century modern popular?

The trademark clean lines of mid-century modern furniture have a lot to do with its popularity both now and back in its original heyday. There’s an understated timelessness to the style which appeals to a wider cross-section of the population. More ornate decor genres have a more niche following just as matter of taste. The more current appetite for it may also be attributed to nostalgia. Many people may have an emotional affinity for mid-century modern furniture after seeing it in family photographs or in person during their childhood. Others may respond to it because of stylish period dramas like Mad Men which showcase the style to maximum effect. It’s also appealing as a style because of its versatility. You can design a whole home in mid-century modern style. Or blend pieces with other types of decor with great success. 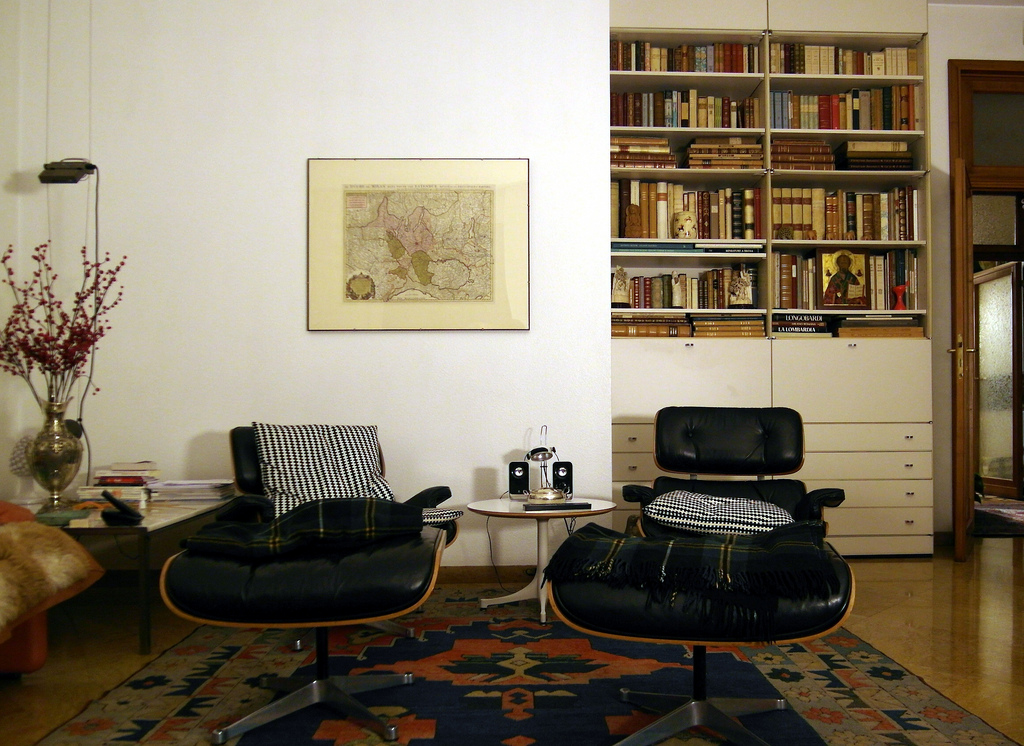 The demand for mid-century modern furniture has had something of a curious effect on the market. Secondhand mid-century modern furniture is often more expensive than brand-new. Part of this, of course, is because people are willing to pay top dollar for the cachet of antique furniture. Particularly for something as iconic as a vintage Eames chair. Yet even though the market seems like it would be absolutely saturated with it, people just can’t seem to get enough of mid-century modern design. Its popularity seems to have grown in the past five years or so. This has caused more and more retailers and manufacturers to take a gamble that it is here to stay. Therefore making it even more widely available, which seems to just drive up interest even more. Very few design styles seem to have staying power across both gender and socioeconomic lines. Yet because of its diverse appeal and ever-increasing availability, the mid-century modern furniture resurgence seems like it has real legs.

Kate Wight is a freelance writer and interior design consultant. When she’s not reading and writing about design trends, she’s browsing through thrift stores for depression glass and other vintage treasures. She’s in the process of developing her personal website CollateByKate.com, which will be a destination for design advice and shopping tips.