Home » Our World » Why Phones Should Not Be Allowed in School?

Phones can easily become a distraction from work and they can even disturb other students who are trying to focus on their school work. That is probably the main reason why phones should not be allowed in the classroom. We are often times distracted by our phones at work and in everyday life while we are having a conversation with our loved ones, therefore, they can easily distract students from school work.

Also, when kids are on their phones for most of their time, they tend to work less and their grades can drop dramatically. When you look at your phone, it can take you around five minutes to focus again on whatever you were doing before.

Unfortunately, many students will use phones to cheat on tests either by texting answers or asking for answers which is completely unfair to other students and it does not represent their true knowledge on the tested subject. No need to explain here why cheating is bad but it’s important to stress that technology can become an additional tool for cheating in school.

Also, children use phones to socialize with each other, to entertain by taking selfies in the bathroom or during school periods while some will use it to text rumors about others. Kids in school will cheat on tests or gossip this way or another but phones are again just another tool to help them enhance negative activities.

Of course, phones can be and are used for good by young people or adults. This is more a conversation of human behavior than the technology itself. 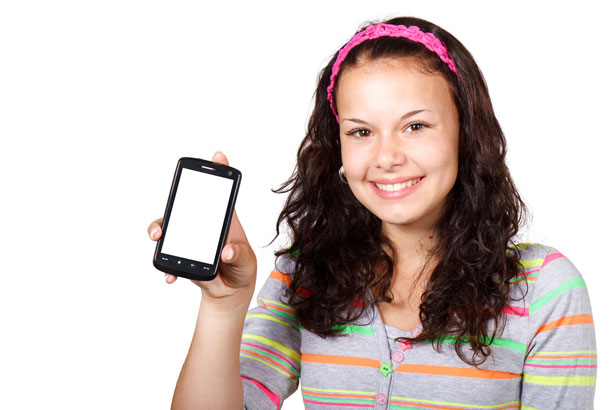 Should Phones be Allowed in Schools?

The rate of cyberbullying is going up and many kids are being bullied on social media. If a child continually looks on their phone, they can get upset and that can distract them from their work.

When a teacher is talking to a class and teaching a lesson to students, and everyone in the class is on their phones while only a few are trying to learn, the students on their phones are distracting the ones who are trying to focus on the lesson. If you’re watching a video on silent or playing a game, someone else will catch a glimpse and they might not be able to focus on the work. Needless to say, this type of behavior is disrespectful to teachers who are taking time and making a genuine effort to help their students learn.  When we are talking to someone and they are on their phones we don’t feel good about it at all. Right? Therefore, we should not do the same to others and we should not encourage that type of behavior.

School is also important for the social life and skills that children can develop. In school, kids can learn how to interact with different people and that can prepare them for future connections. However, when students are on their phones, they don’t even realize that the world is out there or realize that they haven’t said a word to anyone (except their parents or siblings) but they “communicated” a lot that day.

Social interaction is not about texting, it’s more about standing in front of another person and verbally talking to someone. Also, sooner or later we do realize that we are alone and without a real social life, children can develop depression or anxiety. They can think that they have no friends and that no one likes them. We have to teach children to have a life without phones not to teach them that life cannot be lived without their phones.