Home » Our World » Why Soccer is not Popular in Certain Countries?

Soccer is the king of all sports judging by worldwide audiences and registered professional players. However, football, called soccer in the United States, has yet able to conquer some well-developed countries, where other sports take the highlight. Why soccer is not popular in certain countries?

There are many reasons which could explain this situation. Looking in the present is definitely a waste a time. Like many other aspects that pose differences between cultures and nations, sports are part of heritage. Keeping traditions is a concern that defines us as humans. In order to understand why soccer is not the number one sport in countries like Canada, the United States, India, or Australia, we have to go back centuries ago. We must go back to a time when Europeans and Englishmen in particular, took off to colonize and educate the recently discovered new worlds. At the time the British Empire reached its maximum extent. European football (soccer) was still in infancy. Other sports like cricket practiced on a large scale, especially by the ruling elite. Once colonialism gradually began to disappear from the world map, practicing cricket and its North American cousin, baseball, became a symbol of equality between classes. 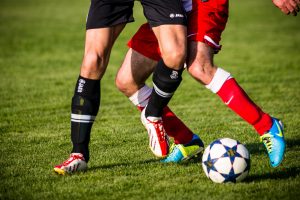 Climate can be considered as another decisive factor for putting soccer on a secondary shelf in regions like India, Australia, and Africa. The tropical climate does not allow practicing such an intensive and energy-consuming activity. Especially during a period of time that could include a full season. The temperate climate of Europe and some parts of South America is without a doubt a prime factor for performance.

Soccer is not popular in the U.S., a country which excels at almost all sports and usually comes in first positions in the Olympic Games. Soccer is a sport with few notable events. We could count goals and red cards as such events. It is also a sport in which the best team can see its right to victory taken away by referee errors or misfortune. The sports Americans love the most have many events taking place during a game. These are many goals/points in basketball and football. There is also progress being felt during the game. Progress usually renders the best team to win. Chance is not excluded from the sports popular in the United States. They all give the same feeling that justice has been served and the winning side is the right one.