2020 is the year when America may witness an even bigger surprise in the Presidential Elections. Faithfull Democrat voters might go from the adrenaline rush of hoping their side will win, to the bitter disillusion of seeing their Donkey heading towards the edge of the cliff, pushed by far left ideologies of utopian socialism.

The Democratic Party is in a state of turmoil, a “civil war” that is leaning towards the far left in an unprecedented manner, tapping deep into the segment of voters unhappy with the Trump policies. Nothing to worry here, unless you notice the rosy picture of socialist utopia gradually shifting towards the red spectrum.

Although he lost the Primaries back in 2016, Bernie Sanders showed for the first time that a new paradigm of utopian socialism in American politics is not only feasible but also highly likely to gain prominence in the near future. The charismatic Vermont Senator preached, amongst others, generous social benefits as universal healthcare, tuition-free education, and reversing economic inequality. His anti-establishment take managed to coagulate massive support from the younger generations, to whom the Father of Communism Karl Marx is a cool, popular culture hero, and corporate America is an evil that needs to be fought.

Sanders opened a door no one thought possible, at least not in the United States. Through that exact door entered a new breed of ultra-liberal young politicians like Alexandria Ocasio-Cortez. The 28-year-old caused the biggest upset victory in the 2018 midterm-election season, winning the Democratic Primary in New York’s 14th congressional district. Born in Puerto Rico, Alexandria made wild impossible proposals like erasing all the student loan debt and making the United States a green country by 2035, alongside universal healthcare and granting illegal immigrants a path to citizenship. These policies can only be enacted if the administration oversteps its power boundaries and makes a strong regulatory intervention in the economy. 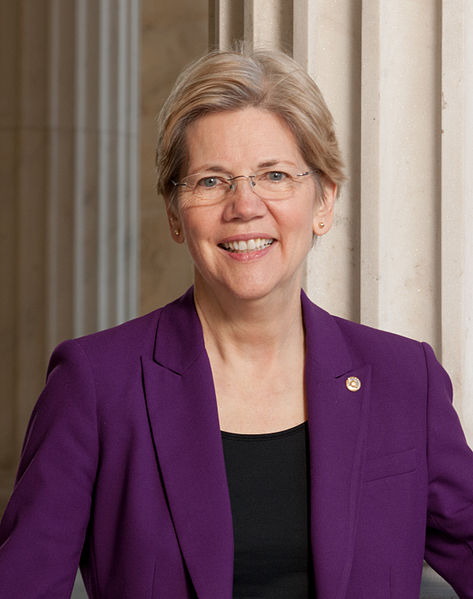 Another influential voice in the Democratic Party remains that of Elizabeth Warren.

“The people of Massachusetts didn’t send me to Washington to roll over and play dead while Donald Trump and his team of billionaires, bigots, and Wall Street bankers crush the working people of (…) this country.”

Sounds familiar? If we are to remove the geographic and personality references, the speech could have comfortably sat in Lenin’s notebook, another notorious Russian Communist, when addressing the working class masses of St. Petersburg.

It is rather incredible how easy people forget the lessons of history. Failures of socialism happened almost each time power leaned too far to the left. Governments felt the economy would be better off controlled, than on its own imposing high taxation and regulation or slowly taking over the private sector.

The latest meltdown is unfolding in what was once one of the most prosperous countries in South America. The people of Venezuela went from riches to rags. Those who didn’t perish of hunger and violence, or fled, now haunt the empty stores, carrying with them bags of worthless money due to hyperinflation. It all started with President Hugo Chávez proclaiming the “socialism of the 21st Century” and closing his eyes on economic common sense.

Even worse things happened in political systems when amputating their right hand, one century ago, Communism showed its ugly head for the first time at the helm of a great power. Soviet Russia quickly became the stage of what was arguably the worst large-scale social experiment in history. Empowering the working class steered off course into leveling society, purging the elites and other undesirables, and enslaving the economy to doctrine. More than 100 million people died after grueling decades that combined war, hunger, dictatorship, and the overall reluctance to acknowledge failure.

Communism came to power through both ideology and intimidation, hijacking the hearts of millions with false promises of emancipation. Today’s society should be aware when radical factions like the Antifa are waiting around the corner to steer protests, violence, and chaos.

Change is good, but in small doses, and certainly not like the torchbearers of the Democratic Party are currently proposing. Stepping in to play Robin Hood and share the wealth was attempted before, and it derailed into totalitarianism, leaving behind scars that even today require mending. It would be a tragedy for the United States to succumb from within, after centuries of providing the counterweight alternative to the spread of socialism.

Pesticides, Science is Not Enough, and Population

Is Europe Ready to Open After COVID –...

Can the Bernie People Love Anyone But Bernie?